dacrackerx64 said:
View attachment 9518
I prefer Xfce and a minimalistic look. Very satisfied with the look of my FreeBSD 12.2 system
Click to expand... 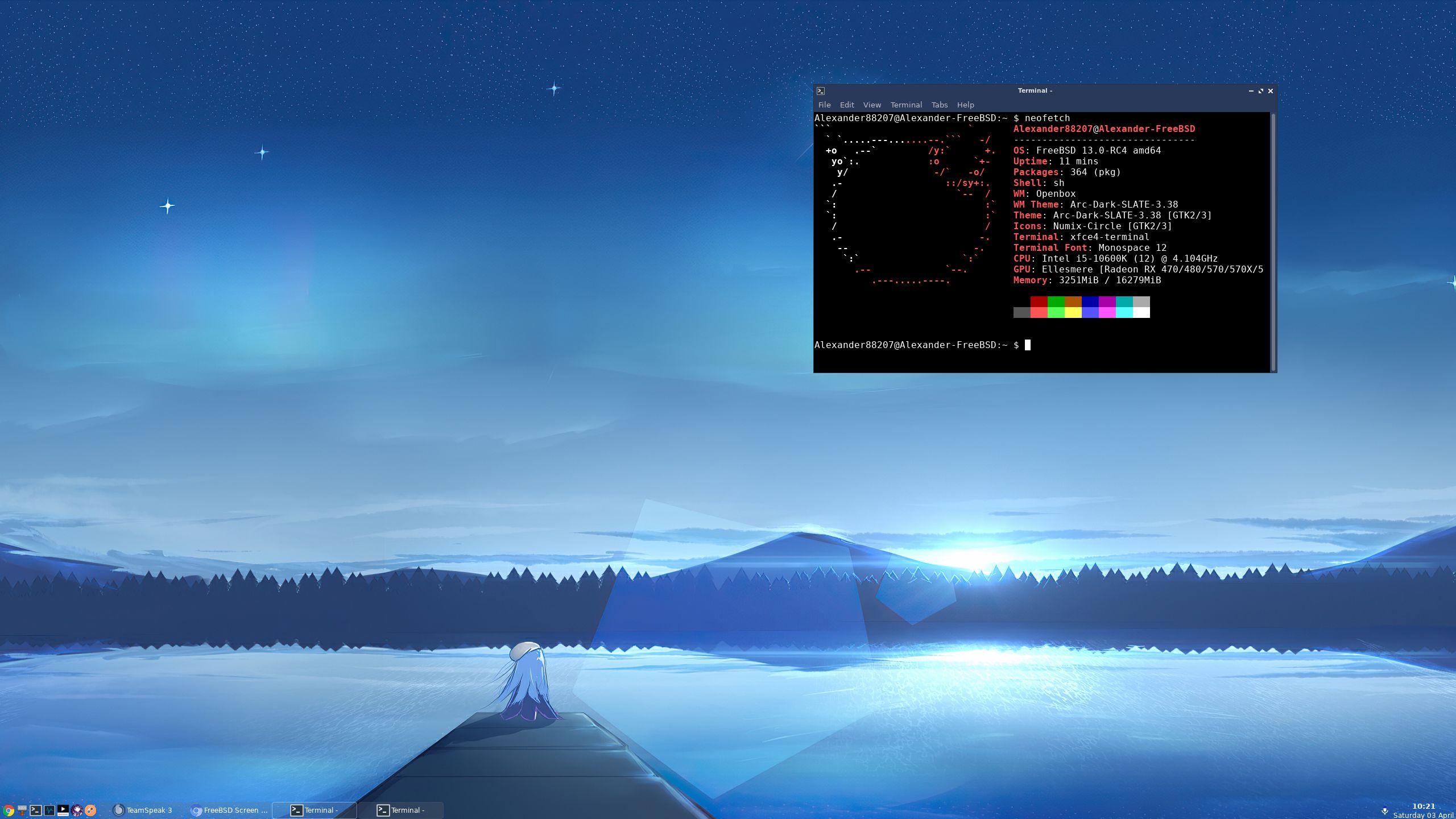 Shortly thereafter I open multimedia/audacious and usually another instance of x11/rxvt-unicode at the bottom to work from if I su to root in the top terminal.

I listen to music the whole time I'm using the computer no matter what I'm doing. If I read a book here at home I have to have complete silence to concentrate on it. 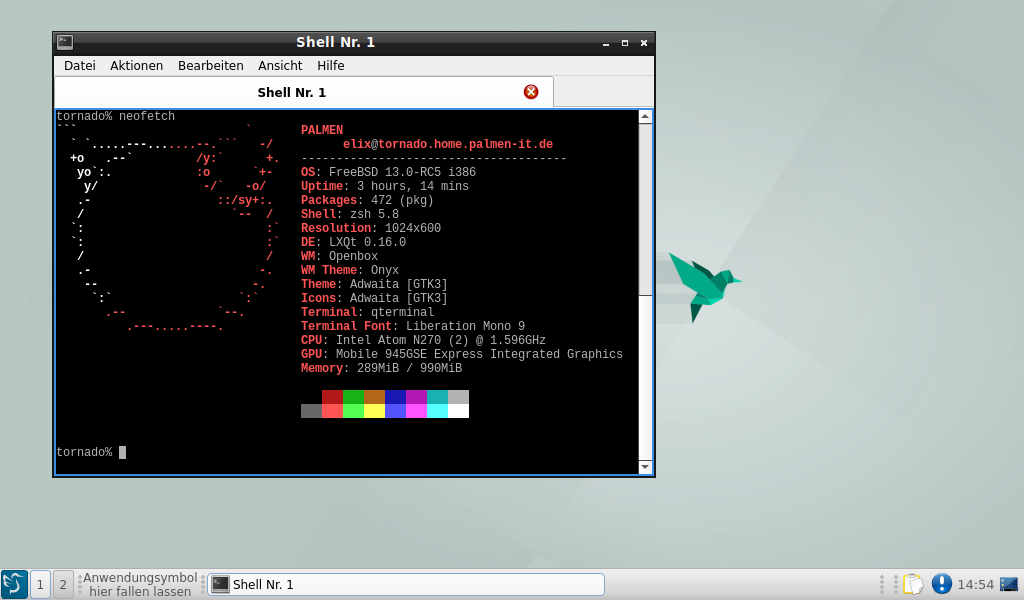 Nothing much has changed here... 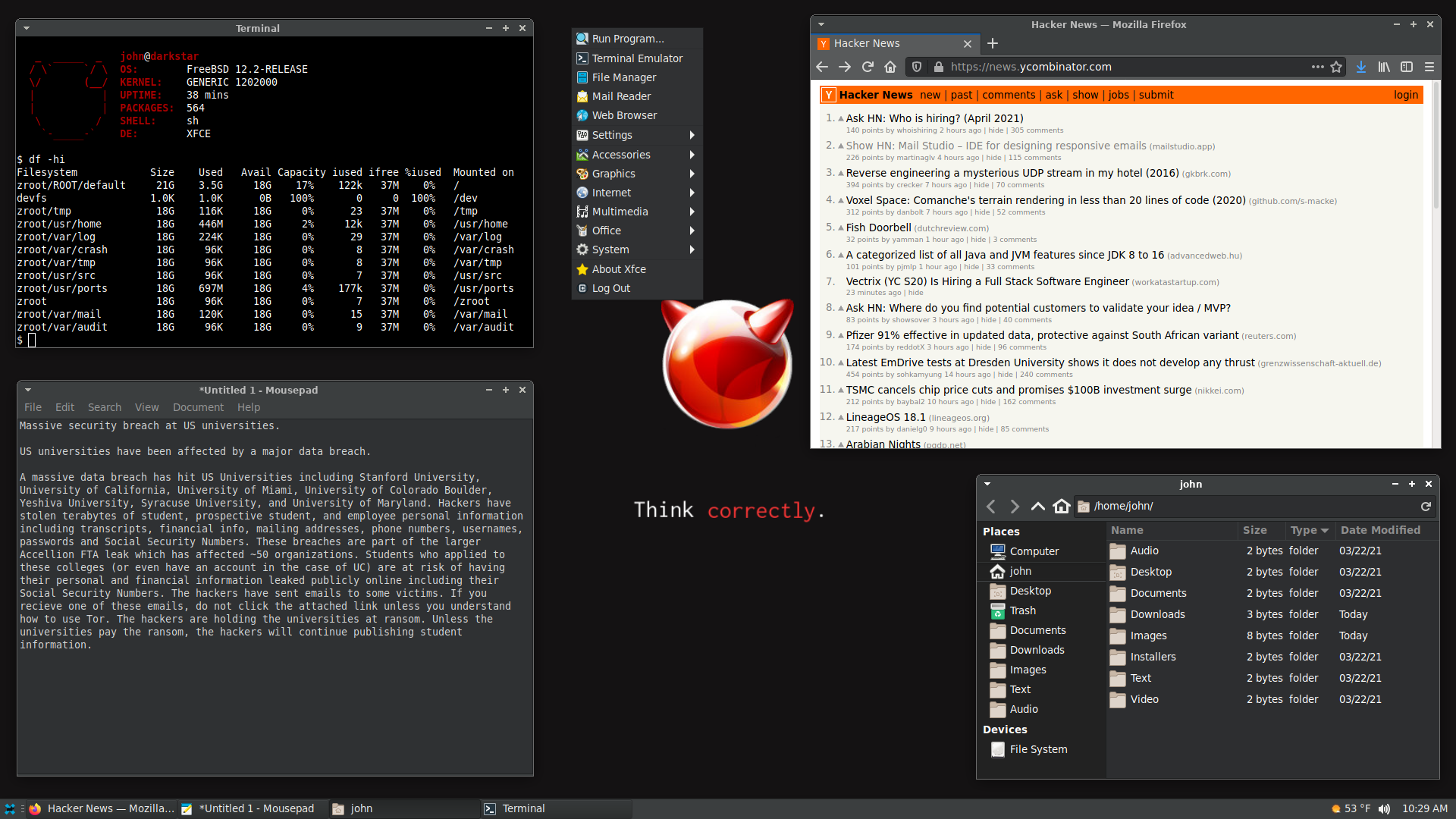 I am using Openbox still but now is FreeBSD installed on Thinkpad T495 and everything works very good (also USB-C dock station). 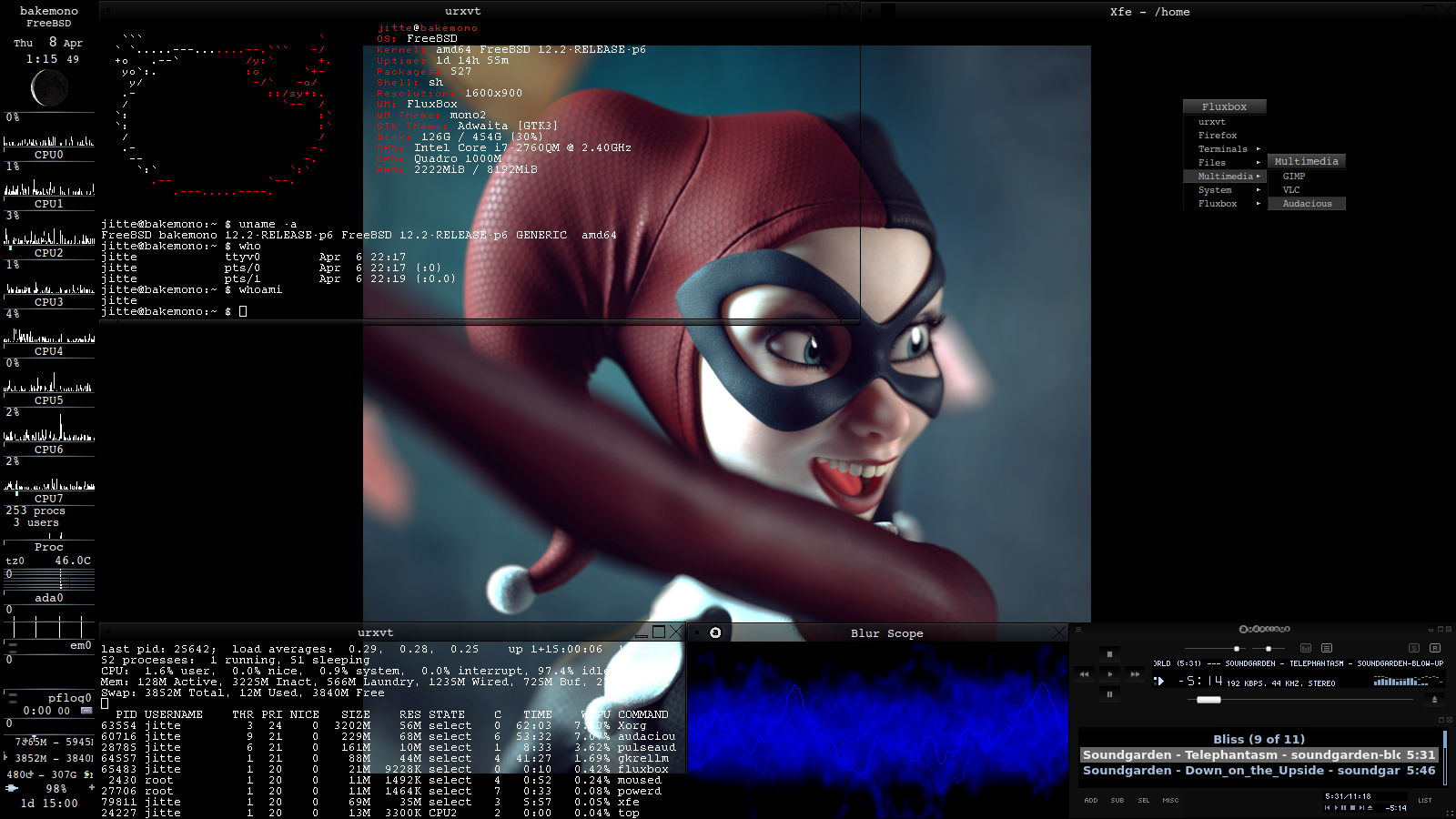 I just told Harley I ordered us a matching pair of sap gloves from ebay. Tools of the trade like baseball bats and huge mallets are for her, as Shotokan hat, black mask, Ilsa Tigress of Siberia T-shirt, sunglasses and Wells Lamont leather gloves are for me.

Sap gloves a mere fashion accessory upgrade when a mad biker you just intimidated brings a bad biker to do what he couldn't. Not when bad biker brought gets a look at jitte the Lunatic from Parts Unknown, climbs back on his bike, rides off and mad biker is left alone in Arkham Asylum with The Lunatic looking at him all loony-like.

Then all he gets is the Lunatic Thumbs Up Comeback of Chaos before shaking his head and riding off grounds without one word said during the interval. Only non-verbal communication capable of The Lunatic, who reportedly tore his own tongue out as a traumatized tot, wrestling fans.

When that happens they usually come back with at least one more. I want to look good and accessorize appropriately so as not to disappoint Harley by showing up shabby for SmackDown, scheduled Saturday night screenings on a TV near you...supposedly.
F 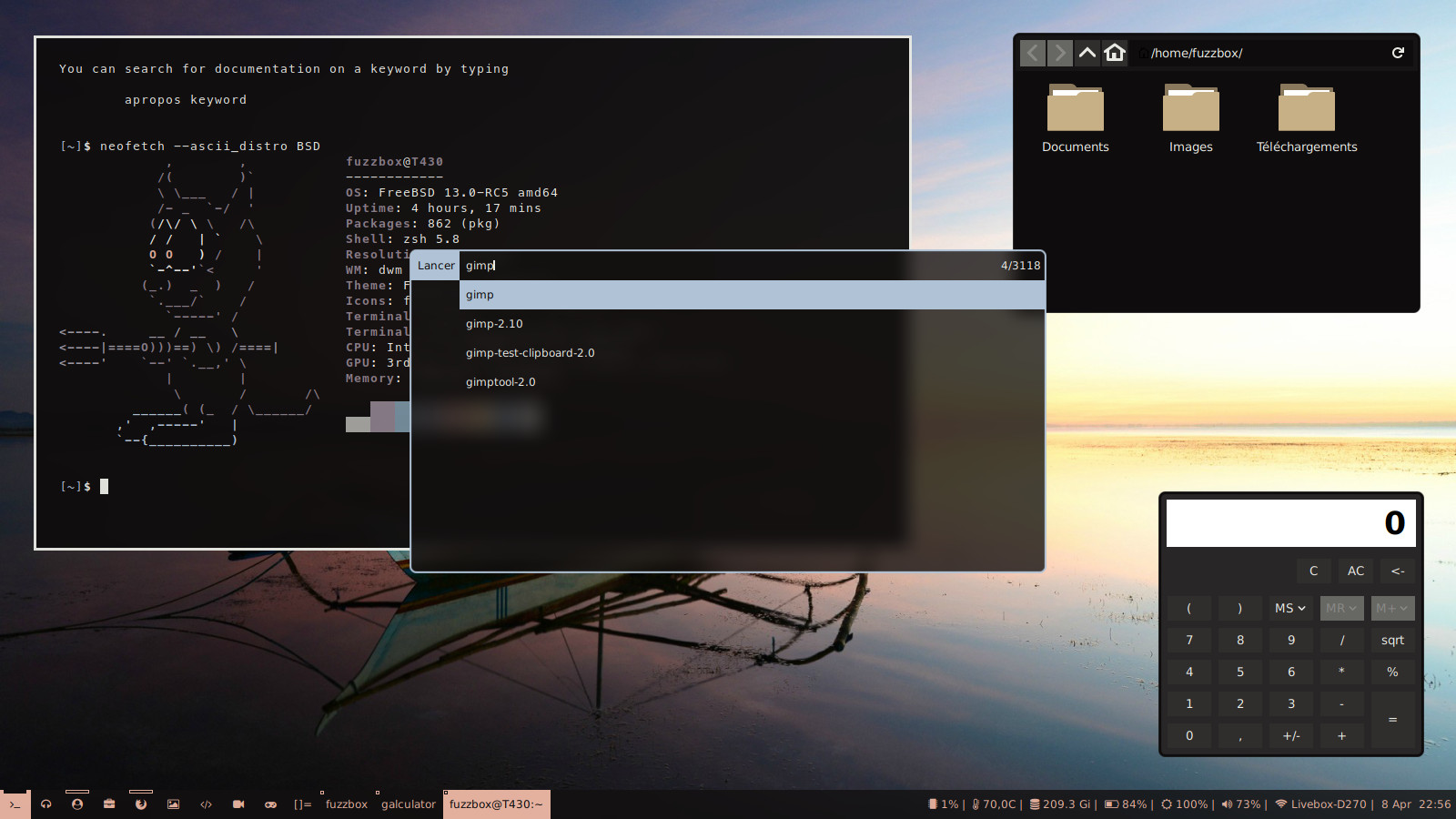 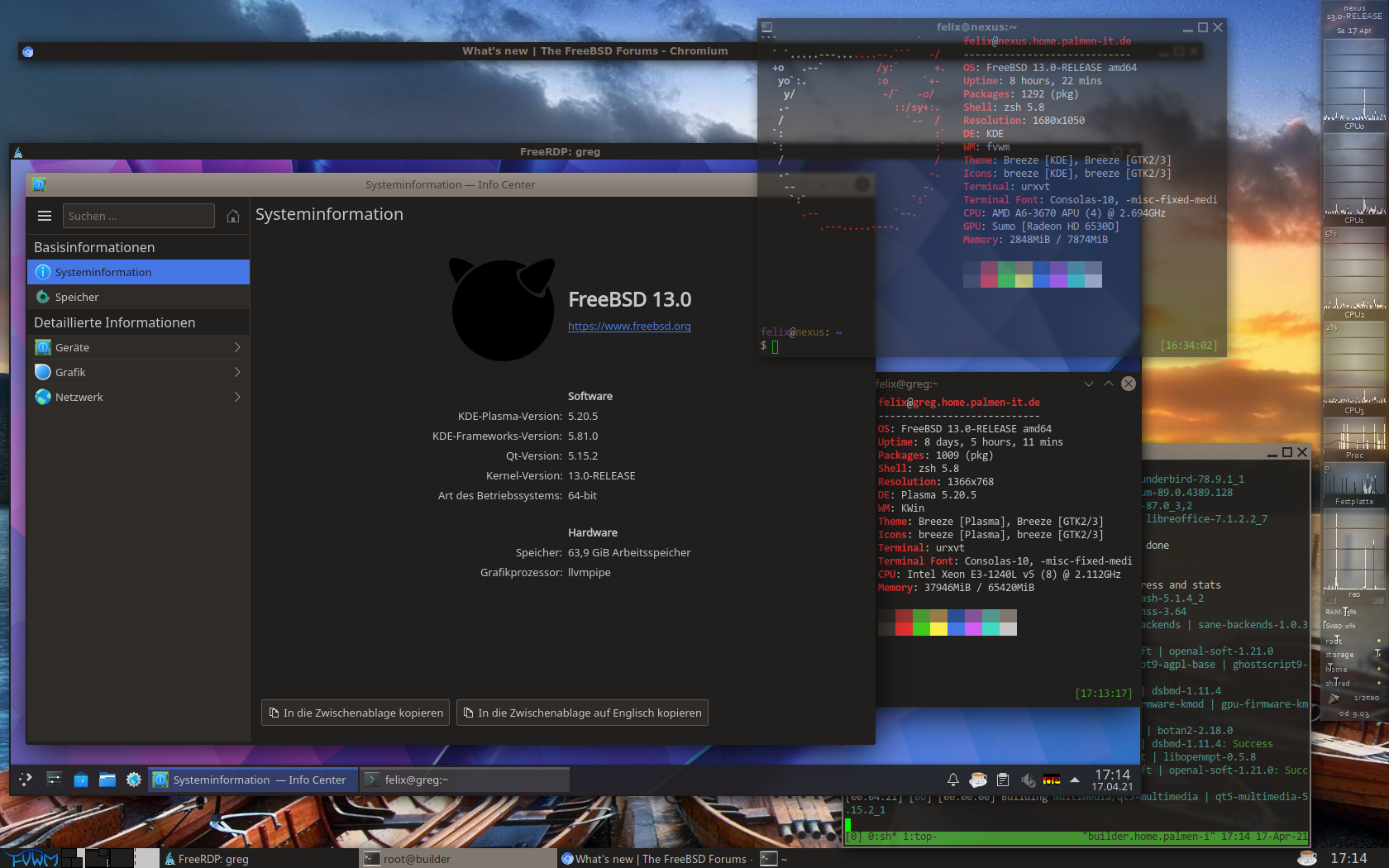 Well, xrdp working again on my server. Unfortunately still only Xvnc, xorgxrdp always crashes But, better than nothing 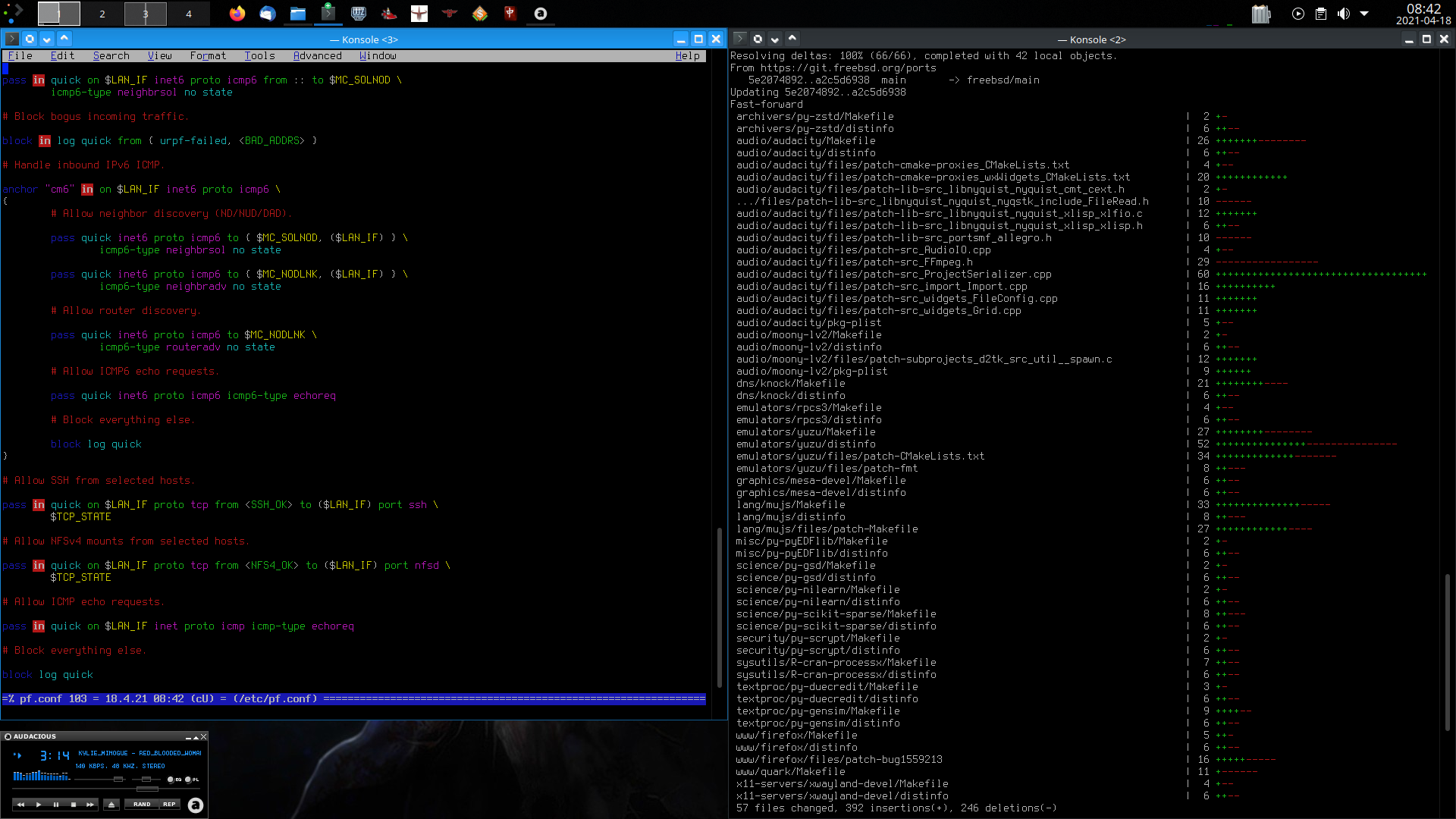