So I thought "let's check that", and: the existing build process failed. The existing was leaned on how Firefox etc. does its build. Finally I switched the build process from gmake -f client.mk over to the usual way of building Mozilla based applications: the mach commands. Here we go:

Inside the archive you'll now find a second SeaMonkey port filed under "betatests/seamonkey". Note that if you already got the "old" port installed you will have to use "make reinstall" instead on "make install" (as it's the same port, but nothing more like an update); First I thought of using different names and different directories for beta versions, but: I want to simply switch over when SeaMonkey 2.53.8 will be released.

To say it clear: This is beta software. Also the brand new build process is beta. For me it works rock solid as before, but who knows… I've also set up a RSS Feed, so you can easy get informed on further updates.

When I would upload an image, it would reach 30-31% and immediately fail with a parsing error. I think its not my internet because I could upload from my phone.

Just a small test with an upload by SeaMonkey (screenshot 3440x1440px, 500kB, PNG). Works as expected. Works on other platforms, too. But there are many crude implementations out there on the websites side when it comes to file uploads… (f.e. handicrafts or browser switches instead of using standards). I also wouldn't exclude network topics when the smartphone works. 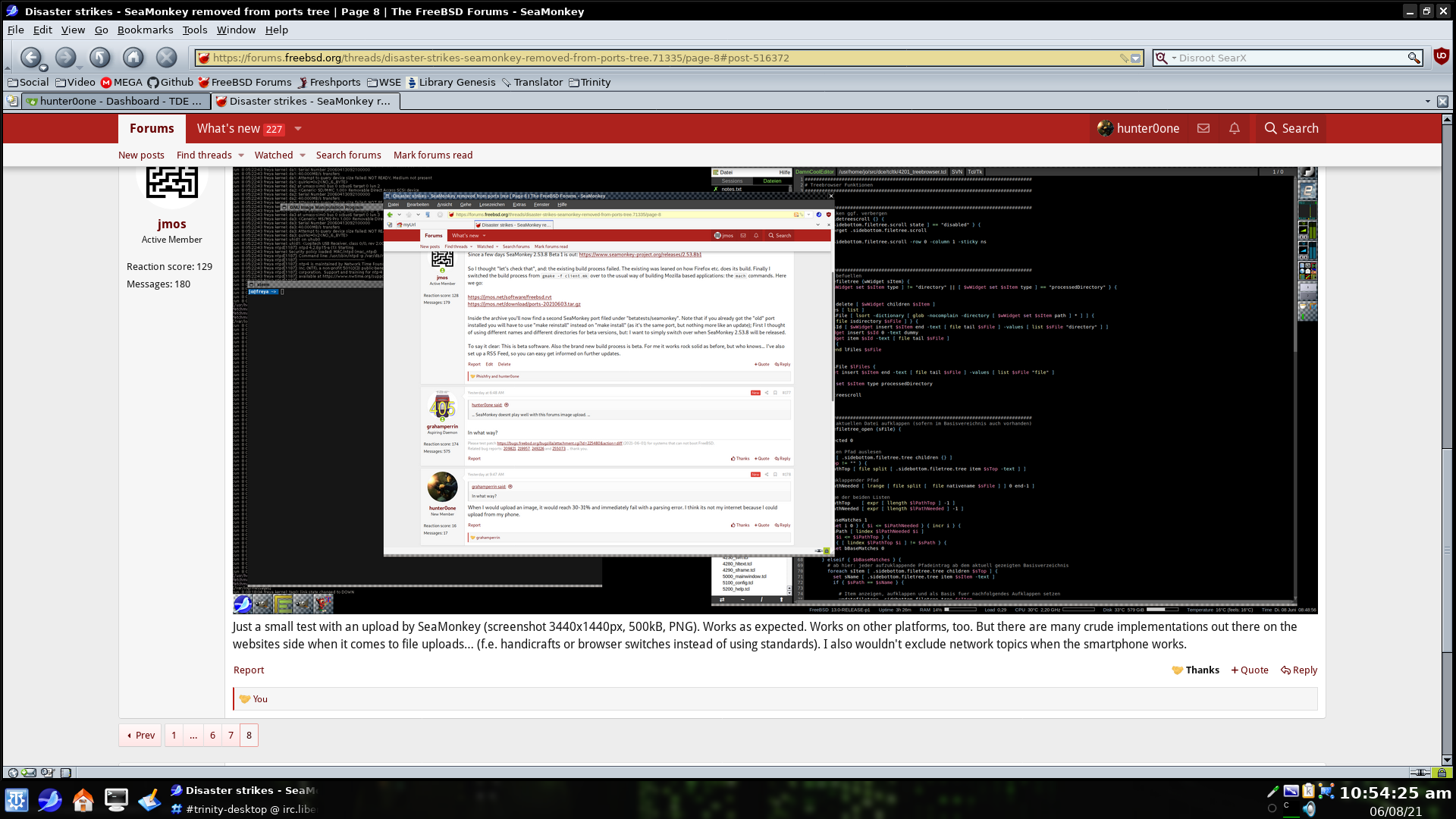