SuperTuxKart 0.7.1b released for FreeBSD.


This release features the following improvements over version 0.7 :

Thanks to everyone who made this release possible! Please head over to our forums for feedback

And a new Beastie kart is available:

Extract the packages and copy the folder beastie in the folder supertuxkart-0.7.1b-freebsd-i386/data/karts.

With ./run_game.sh can you start STK.

gx said:
Will you update games/supertuxkart, please?
Click to expand...

Sorry, that would be impossible until irrlicht 1.8 is out.
Click to expand...

SuperTuxKart 0.7.2 RC1 has been released

SuperTuxKart 0.7.2 RC1, the first release candidate towards version 0.7.2, has been released. This version features the following main improvements :

And some news from the Beastie kart!

Funto added animations, reduced the size of the shadow and exported with the starting-to-be-usable Blender 2.5 kart exporter and am announcing release 0.2

Ah, about the icon, please tell me which one you prefer:

first of all a big thank you to all testers of the first release candidate. We have just release a second release candidate for 0.7.2. Compared to the first release candidate the following issues have been fixed or been improved:
* Crash on freebsd and linux when using the addon manager.
* Fixed crash when stk couldn't save downloaded addons.
* Potential crash when removing addons.
* Properly detect system language on Windows.
* Incorrect rescue (e.g. on city track).
* End of race music was fixed.
* New kart: Beastie by FreeBSD
* Updated translations, minor improvements to some models.

You can find packages for FreeBSD, and a src package at out download page at http://sourceforge.net/projects/supertuxkart/files/SuperTuxKart/0.7.2/ 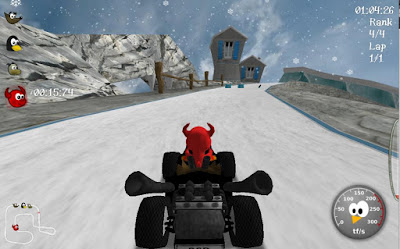 SuperTuxKart 0.7.2 has been released

The old Beastie Kart is available by In-game addon manager.

SuperTuxKart 0.7.2a has been released

SuperTuxKart 0.7.3 RC 1 has been released

Other Downloads (For example NetBSD and Solaris): 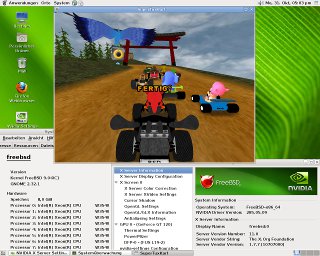 What's about supertuxkart? Is still under development? I had played it and was very addictive game
OP
X

sk8harddiefast said:
What's about supertuxkart? Is still under development? I had played it and was very addictive game
Click to expand...

Downloads for FreeBSD and for NetBSD: http://supertuxkart.sourceforge.net/Downloads 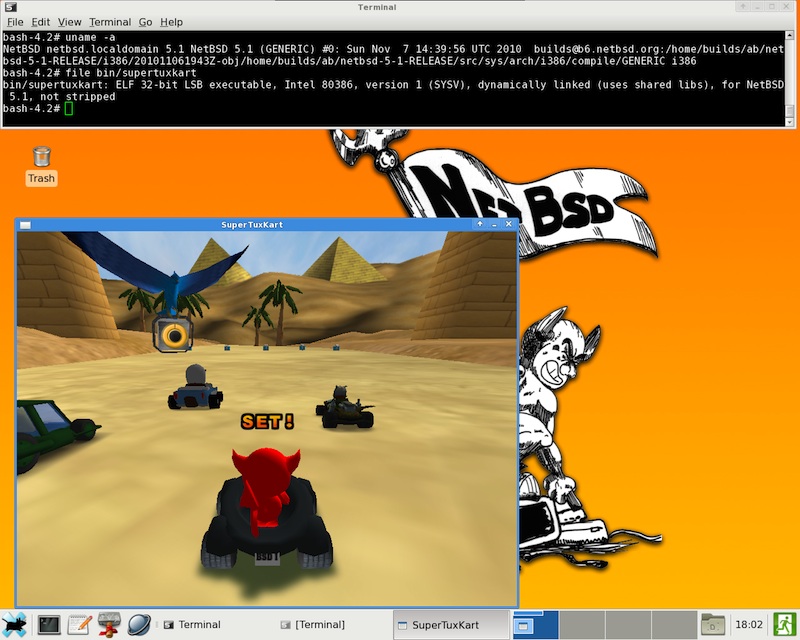 So now head to our downloads page, enjoy and give us a lot of feedback on the forum!
OP
X 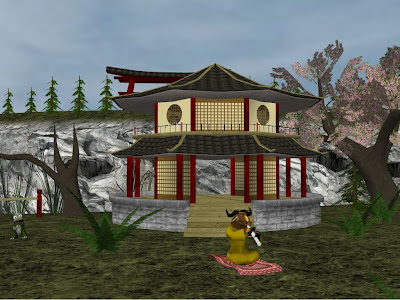 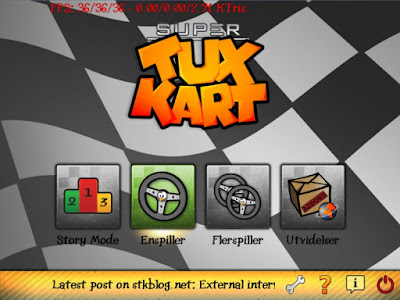 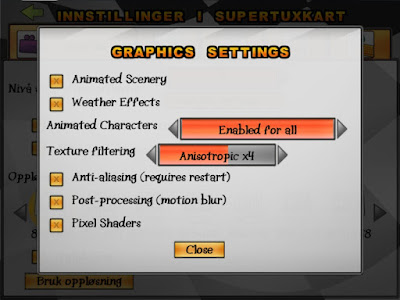 SuperTuxKart 0.8 is coming to FreeBSD!

SuperTuxKart 0.8 released for FreeBSD and OpenBSD


Code:
We hope you will enjoy this brand new version!
OP
X

SuperTuxKart was just selected as one of the 9 project to compete for SourceForge's project of the month award in March. The actual decision is done by a public poll, so if you think that STK should win, please go to http://vote.supertuxkart.net, which will redirect you to the actual poll, where you can also see all competitors.
F

SuperTuxKart 0.8.1 for FreeBSD released
We are proud to announce the release of SuperTuxKart version 0.8.1.

This release includes the following features:

It has taken us a rather long time for a minor release, but most of the developers have been rather busy with mentoring students for the “Google Summer of Code 2013”. On the other hand, we had many contributions from new developers: Dawid Gan tirelessly fixed bugs, making 0.8.1 the minor release with most bug fixes. Johannesr1 added shield functionality to bubblegum. Xenux added filtering of add-ons, Glenn De Jonghe saving of a Grand Prix (just abort a Grand Prix at the beginning of a race, later then restart the same Grand Prix again). Funto and Mohammad Al-Ghannam added a multi-player soccer mode.

You can get the new release from the ports collection.

We hope you enjoy the new release, and as always we welcome new artists and programmers to join us, either through our forum or our mailing list. Also, you can follow us at Twitter @supertuxkart.