Dr_Phoenix said:
Hi people!
Please, post here useful scripts which can help to do some useful or difficult operation on FreeBSD OS.
Click to expand...

Found a script on one of my old laptops to attach/insert a geom(4) I/O scheduler - RTFM gsched(8).
The other script fs_summarize.awk is useful to determine the parameters for newfs(8) or just if you want some info about a FS or directory.
Just in case this is needed: the standard FreeBSD BSD license applies to the scripts, the snippet rc_geom_sched.conf obviously does not need any license.


Code:
Finding absolute path of script or program
Also, a handy way to get the absolute path to your script (or more usefully, the prefix) without faffing with procfs and all that other stuff. This is useful because sometimes relative paths are not supported or not desired.


Code:
It seems a bit "dirty" but I also use this (via popen) in C++ and perl. It is the only guaranteed way that I have found over the years. And I have tried quite a few!
D

Hi all!
There is A simple useful script for simple intrusion detection (FreeBSD + ipfw) in the Firewalls forum and also a discussion on similar tools in subsequent thread.

kpedersen said:
Not really a script as such but more an example that UNIX domain sockets can be moved (not copied). This is really handy for allowing X11 access into a Jail.

Does that also work if /tmp and /jails are on different file systems? Because in that case a you’re technically copying, not moving.

Also, a handy way to get the absolute path to your script (or more usefully, the prefix) without faffing with procfs and all that other stuff. This is useful because sometimes relative paths are not supported or not desired.

The realpath(3) function (and the corresponding realpath(1) command) is very useful in this context. It converts relative paths to absolute paths and resolves symbolic links. In shell scripts I'm using the following to find out the script’s directory:

Code:
So, to get the prefix, that would be rather simple:

Code:
Sometimes I resort to writing a script in zsh, because FreeBSD's sh is missing quite a few features (it’s not a POSIX-compatible shell). In that case, the prefix can be found without calling any external programs, so this is most efficient:

By the way, in Python you would do this:

Code:
Other languages like Perl or Ruby also have bindings to the standard library functions realpath(3) and dirname(3), so it basically works the same there, too (modulo different syntax, of course). C and C++ can use those functions directly anyway, of course – the former is in <stdlib.h> and the latter is in <libgen.h>. Both are POSIX / SUS standards.
K

olli@ said:
Does that also work if /tmp and /jails are on different file systems? Because in that case a you’re technically copying, not moving.
Click to expand...

Unfortunately no, I don't think that is possible. Perhaps with something like nullfs? You can trick it into opening the socket on the other FS?

Perhaps it is time for Zirias's project to come in handy? : https://forums.freebsd.org/threads/new-tool-remusock-remote-unix-socket-access.76026/

olli@ said:
The realpath(3) function (and the corresponding realpath(1) command) is very useful in this context. It converts relative paths to absolute paths and resolves symbolic links.
Click to expand...

From what I could see, this doesn't work for things in PATH? I.e realpath ls returns /home/kpedersen/ls

kpedersen said:
From what I could see, this doesn't work for things in PATH? I.e realpath ls returns /home/kpedersen/ls
Click to expand...

Yes, it does work for things in PATH. When you call a shell script via PATH, $0 always includes the directory in which it was found.
K

olli@ said:
$0 always includes the directory in which it was found.
Click to expand...

Oh, I thought $0 would be just the program name if called from PATH. That is why I include which "$0" in my slightly monstrous alternative.

By the way, some generic advice for writing shell scripts, for those wo are not already experts …

Try to write shell scripts using /bin/sh only. This will make the scripts most portable and doesn't require people to install a specific shell if you share them with others. Note that /bin/sh scripts will usually work without change with POSIX-compatible shells, too (zsh, ksh, bash). If you absolutely have to use POSIX features that are not supported by FreeBSD's /bin/sh, I suggest using ksh because it most closely resembles the POSIX standard, and also works with bash and zsh. Avoid using bashisms or zshisms that don't work anywhere else.

Begin your script with set -Cefu.
These options are very helpful to write scripts that are more robust and have a lower risk of malfunctions.

The next line in most of my scripts is: ME=${0##*/}
That sets the variable ME to the basename of the script, so it can conveniently be used in error messages and similar, like in this little helper function:

Code:
If in doubt, always write variable expansions in double quotes.
If a variable might begin with a dash, use -- to prevent it from being confused with an option if appropriate, e.g.:
ls -l -- "$MYDIR"

By the way, do not use backticks ( `foo`) for command substitution. Nesting them is difficult, they can be confused with single quote characters ( 'foo' looks very similar), and the quoting rules involving backticks are complicated. Better use the alternative $(foo) syntax. This can be nested arbitrarily deep without having to use heaps of backslashes, and the quoting rules are more intuitive.

If you need to debug a shell script, the -v and -x options are very useful: sh -vx ./myscript

Where you just happen to leave those variables unassigned in an incorrect code-path. XD

Here's a useful set of scripts for creating a daemon to monitor battery life and sleep the system when it's critically low that works without a desktop (it also works with TWM, but it's not required). The original discussion on this topic is here, the workhorse is the monitor, which is a modified version of the script DutchDaemon originally posted here. The script basically checks the battery level every 5 minutes and when it drops to 10%, it sets a 2 minute timer and checks again, if it's getting lower at that time, it sends an email to root warning of imminent shutdown and 2 minutes after that sleeps the system.

I use the daemon because I have not been using a DE lately and my laptop kept powering down when the battery got low. This keeps that from happening.

To install, just download the zipfile as a normal user with wheel privileges and:

OpenSSH on Windows is kinda bearable compared to remote powershell. The biggest issue is no native tmux / screen support.
I was not happy with the existing practice of using a tabbed console or tmux on the local host and opening multiple ssh connections so I made my own tool. 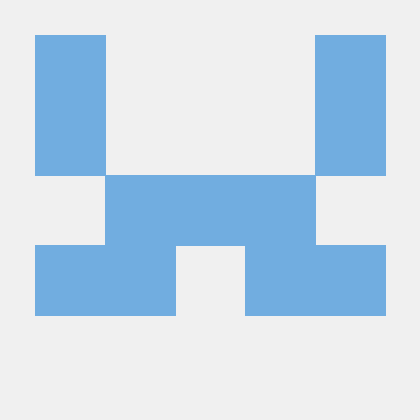 A tmux clone for Windows. Contribute to osen/vimux development by creating an account on GitHub.

Basically run bin/vimux and then you can use tmux-like shortcuts like ctrl-c to create new terminals within the same session.

In another thread I mentioned this shell function, and mjollnir asked me to put it here, so here it is.
It uses zsh syntax and is meant to be put in your ~/.zshrc, but I guess it could be adapted to bash without much effort.

Alternatively you can turn it into a standalone script: Remove the first line “inplace ()” and the outermost level of braces, and prepend the line “#!/usr/bin/env zsh”. Save the script with the name inplace in some bin directory (so it can be found via your $PATH setting), and make it executable: chmod 755 inplace. Make sure you have shells/zsh installed.

That function is not a zsh completion, it’s just a normal shell function.
N

Here's my current backup script in case it helps other new users with similar needs.

All of my data from multiple computers fits on a single hard drive, so I back it all up to a central FreeBSD server with a removable drive tray and store the drives offsite.

The morning protocol takes about 15 seconds; if the programmable LED is flashing green, I open the tray and swap the drive, then take it with me when I leave. At night I bring home an older backup drive and then repeat the swap procedure the next morning.

The script runs zfs scrub on insertion every Saturday, so all of the backup drives get scrubbed for errors once every few weeks as they rotate through.

I'm currently backing up a Windows desktop, an Ubuntu laptop, a FreeBSD server, and the backup server itself to the external drive.


Bash:
The script runs using doas for a dedicated user with this config:


Bash:
The backup script itself is attached below.