systemD is coming to a port near you!

Jose I guess what I want to say is: DON'T GET THE FUCK IN MY WAY with your STUPID DSL. Your DSL (talking to "systemd" here) is, well, "domain specific". That means anything the designer of that DSL didn't have in mind, WON'T WORK. (Let alone having to learn yet another language, which is a PITA in itself)

Yep, I assumed setting permissions on a dir, so a daemon can store its pidfile there, is something that was considered. I'm pretty sure some other edge cases weren't. There are countless!

Bourne shell, OTOH, is a general-purpose (turing-complete) programming language. Writing init-scripts in bourne shell has its challenges. But given an awesome framework like mewburn rc (which IIRC was developed for NetBSD, but is used in FreeBSD) makes it a piece of cake. Of course, assuming you know shell scripting. But hey, who doesn't?
J

C'mon now, DSLs are the future! Why are you stuck in the past?

bobo@foo:~ $ sudo pkg delete pulseaudio
Checking integrity... done (0 conflicting)
Deinstallation has been requested for the following 3 packages (of 0 packages in the universe):

Number of packages to be removed: 3

The operation will free 9 MiB.


I'm an alsa user, whatever Pottering is selling I don't want it: pulseaudio, systemd, whatever...

Jose said:
C'mon now, DSLs are the future! Why are you stuck in the past?
Click to expand...

I know this is more sarcasm

, still I'll give a serious reply:

I'm not against DSLs in general. If your domain is well-understood and complete, they make sense. I just doubt "system startup" is such a domain with clear-cut boundaries. IMHO, you need a general-purpose language for that.

And again, a good framework can offer most of the advantages of a DSL, without imposing restrictions.
J

Yes, that was sarcasm. I love to dig up fossilized hype from bygone days. Back in 2005 Ruby on Rails was the answer to every question. Its build tool, Rake, was a wonder of this new DSL programming approach. It was the future, you know. I wonder how many people are still struggling to migrate away from flaky and slow monolithic Rails apps that are killing their business.

One of the ironies of Systemd is how late it is to the party. They're trying to dominate the desktop in a time when the desktop doesn't matter. They're even resurrecting the hype from the good old days of the desktop.

hardworkingnewbie said:
stuff which systemd does … system-homed
Click to expand...

TechRepublic has an overview of the functions provided by systemd-homed which facilitates portable home directories in systemd 245. Apparently homed does not yet work with ssh logins (home directories are encrypted until you have logged in so the private keys in ~/.ssh are inaccessible during...

Jose said:
One of the ironies of Systemd is how late it is to the party. They're trying to dominate the desktop in a time when the desktop doesn't matter. They're even resurrecting the hype from the good old days of the desktop.
Click to expand...

Hm yeah, that's a way to look at it . I'm still a user of a "classic" desktop, and I know one area where they're still very relevant: offices. Not only, but also for software developers. OTOH, almost any office will use Windows as their Desktop OS, so, still pointless. The "killer app" is MS Excel.
V

Jose said:
C'mon now, DSLs are the future! Why are you stuck in the past?
Click to expand...

The keyword, "The Future", ... always a red-flag. A word of wisdom from the past.

Well, on Linux everyone is an ALSA user (except if you install OSS on Linux, which is possible), PulseAudio is just an additional layer between the sound framework and applications.

Returning to the original subject line, it's not universally inevitable:

Free GNU+Linux base OS. Devuan is a fork of Debian without systemd. Devuan Bewoulf provides a safe upgrade path from Debian, to ensure the right to Init Freedom and avoid entanglement.

gpw928 said:
Returning to the original subject line, it's not universally inevitable:

Free GNU+Linux base OS. Devuan is a fork of Debian without systemd. Devuan Bewoulf provides a safe upgrade path from Debian, to ensure the right to Init Freedom and avoid entanglement.

Debian now has an option to install sysvinit via netinstall, it removes systemd

I wonder whether I will tell my grand kids about this thread.
OP
M

Only if they're dependent on systemd...

Actual message at work this morning "Systemd fails to start (needed logging process) 1% of the time..." If you think 1% is low, multiply times several hundred instances and imagine what happens if they produce no logs at all.
C

This is the original: https://judecnelson.blogspot.com/2014/09/systemd-biggest-fallacies.html?view=mosaic&m=1

Avoids having to visit that agenda driven, activist site.
J

Avoids having to visit that agenda driven, activist site.
Click to expand...

Looking for a problem with

we follow the development of linux away from systemd

And I really can't find one. No problems here

This is just a short excerpt for the about page.

We are a systemd free linux community

So I really don't see the problem with

We are reproducing here a very good article we found on without-systemd.org which is on the dreaded blogspot. It took allowing three different sites to flash scripts so the simple text html docume…

But don't let me get in your way if you really would rather support Google and a platform that's hostile to its content creators.
C

I don't support the platform - you'd need to take that up with the blog author - they chose it. It happens to be the original source. He's an agreeable enough type and might consider moving it, if you could point to alternatives?

Regarding the activist site - do some more reading if you have any desire to investigate further. I won't comment on that.

Canonical, the makers of Ubuntu, are right now working on including it to its WSL images, because many software didn't startup really well without it and Microsoft so far used an own, small stub INIT system. Also many users are relying on documentation with systemd userland tools as well. 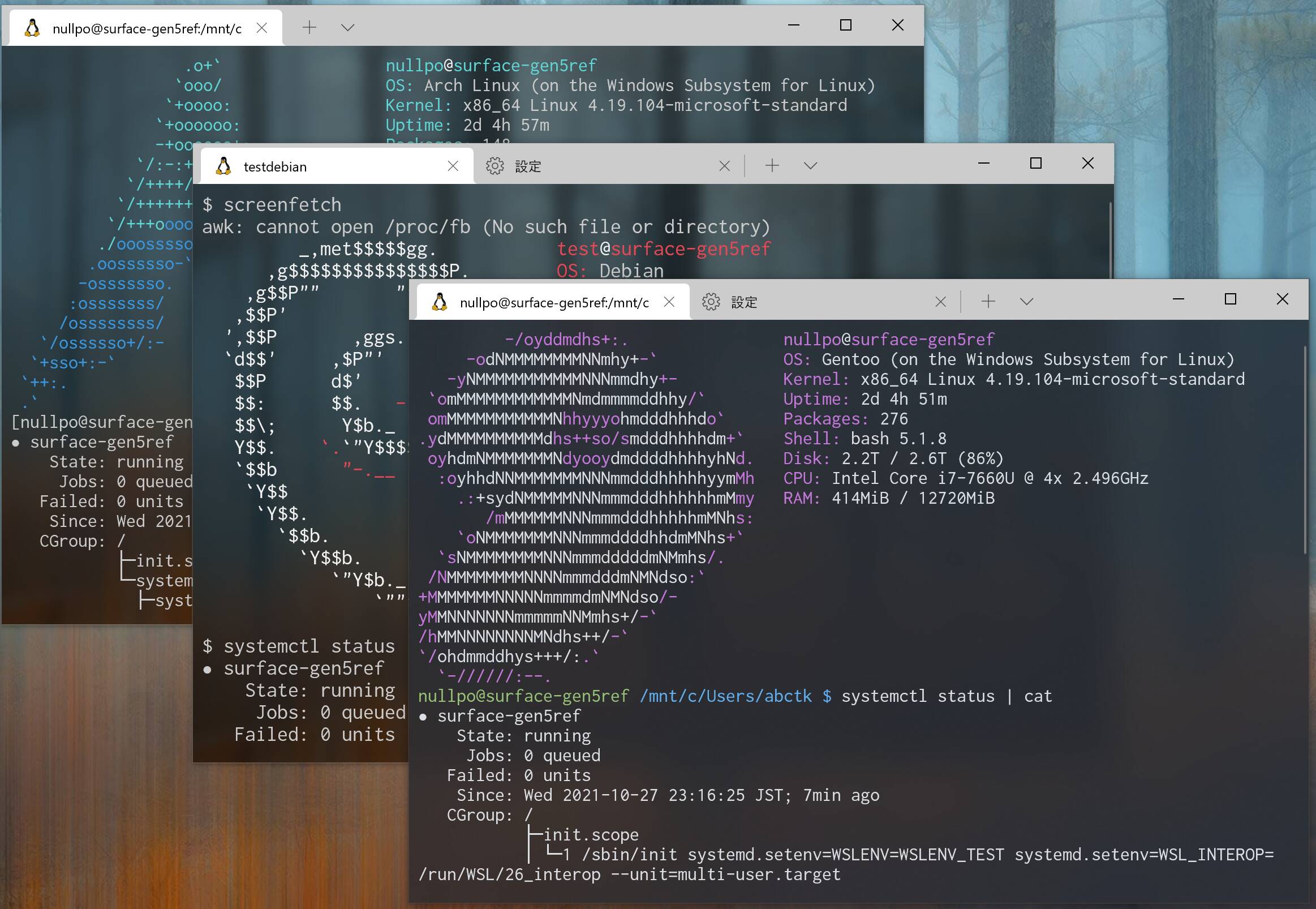 Systemd may be coming to Windows Subsystem for Linux

jbodenmann said:
I know right? It feels like it's almost an entire OS. Wouldn't be surprised if it would come with its own dynamic memory management too!
Click to expand...

ayleid96 said:
I would not worry about it, systemd will never happen in BSD world. BSD doesn't have any need for it.

EDIT:
Reminder that systemd has over 1.2 million lines of code, BSD world could develop something with drastically less code to suit its use.
Click to expand...