Does FreeBSD support “Web Bluetooth” (with Chromium or other)?

I'm asking because of the Bangle.js project on Kickstarter. According to the description, it's “an open-source smart watch which […] can be programmed in JavaScript, using Bluetooth. New apps can be uploaded from your phone or computer wirelessly with a few clicks, or you can develop your own software for it with ease.”

They say: “Web Bluetooth works on Windows 10, Mac OS, Chromebook, Android and Linux. iOS requires a cheap paid app (WebBLE).” – No word about FreeBSD, of course, and I would prefer to avoid to install Linux just for that. Until now I didn't even know what “Web Bluetooth” is. Does anybody have a clue if there's a chance this could work with FreeBSD?

olli@ said:
Until now I didn't even know what “Web Bluetooth” is.
Click to expand...

"Web bluetooth"? What the... There weren't enough shady ways to infect devices yet? 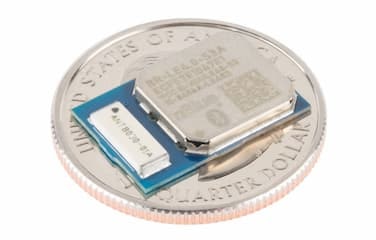 Communicating with Bluetooth devices over JavaScript

SirDice said:
"Web bluetooth"? What the... There weren't enough shady ways to infect devices yet?

Communicating with Bluetooth devices over JavaScript

Google wants IT ALL.
K

The Bluetooth interface of the Web Bluetooth API returns a Promise to a BluetoothDevice object with the specified options.