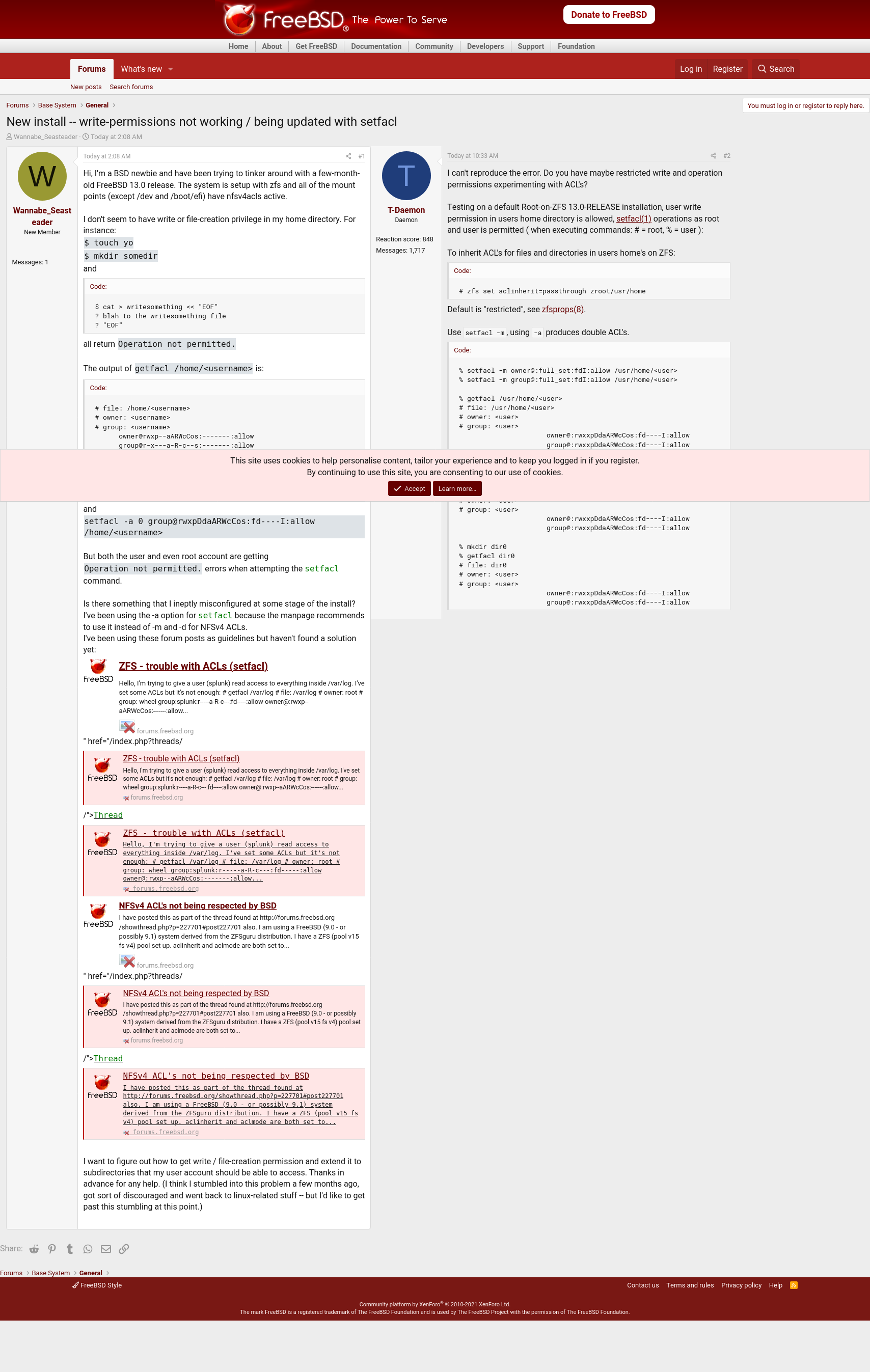 … maybe the result of XenForo not responding gracefully to pastes, or BBCode edition, by the opening poster.

Thanks. My first sight of the issue was following today's upgrade:

The cause is not the browser, some misplaced tag or tags are messing up the thread view. A forum administrator needs to fix it:

Something wrong with the forums software or does it affect only me? I'm getting a two row view of a posting ( https://forums.freebsd.org/threads/installing-broadcom-bcm43236-wifi-on-11-3-missing-firmware-error.76470/ ) on Firefox 79.0 macOS. So far only the mentioned posting is affected.

Somebody embedded a [url] in a [thread]. That really freaks out the parser. Should be fixed now.

SirDice said:
Somebody embedded a [url] in a [thread]. That really freaks out the parser. Should be fixed now.
Click to expand...

I would imagine this calls for programmatic enforcement of not accepting URL's in thread titles... If someone creates a thread, and needs to show a URL, the URL really belongs in the body of the opening post (along with an explanation), not in the thread title. Just my 2 cents here...

There are a few other combinations that result in weirdness when the page gets rendered. Putting a [url] in an [anchor] results in a similar split page.
OP

SirDice said:
a in a Thread .Thread

In this context, is thread effectively the subject line?
OP

LOL I'm not going to attempt to correct that it's nothing like what I typed! I simply selected then replied. After posting, it appears quite different:

PS Solved for thread 82298, this is just amusing coincidental munging.

In this context, is thread effectively the subject line?
Click to expand...

Even if it is, there should be ways to describe a problem and ask for help without making a mess out of the very help facilities in use.
You must log in or register to reply here.
Share:
Reddit Pinterest Tumblr WhatsApp Email Share Link
Top