I experience a strange problem where the sounds suddenly stops working and nothing helps except for restarting the machine.
All audio playbacks halt, for example Youtube videos, Audacious, mpv/mplayer. The progress simply stays at one place.

This happens sporadically, but quite often. Mostly when two programs start playback in parallel.

I have an AMD Threadripper 1950X CPU on ASUS PRIME X399 board, AMD Radeon RX 580 GPU.
The audio card is the on-board audio, although the GPU's HDMI audio is also detected but I don't use it.

Bash:
The Kernel is latest from Subversion: 12.0-RELEASE-p3, packages are all up to date, installed via pkg.
My desktop is KDE.
I use pulseaudio, and tried to restart pulse but this didn't help. I don't know if this message is relevant (it is the same also when the sound works):

Bash:
Also does not detect the device (also in good and bad case the message is the same):

Bash:
dmesg does not show anything when the sound dies

roccobaroccoSC said:
… Someone told me it's probably the CPU which is kind of tweaked to work on the edge of possible and by design has some micro crashes that mess up the kernel from time to time. I don't know how to validate that.

After giving up I installed Linux on the machine and since then I have never ever seen the bug. The hardware is probably tweaked to the Linux drivers by AMD and unfortunately they did not invest in tuning FreeBSD too. …
Click to expand...

roccobaroccoSC said:
… AMD Radeon RX 580 … GPU's HDMI audio is also detected but I don't use it. …
Click to expand...

For what it's worth, <https://github.com/helloSystem/ISO/issues/198#issue-846889779> reports no sound on HDMI with NVIDIA GM107 High Definition Audio Controller [GeForce 940MX]), however the report lacks detail; and critically (for helloSystem) it should be assumed that base OS patches have not been applied. 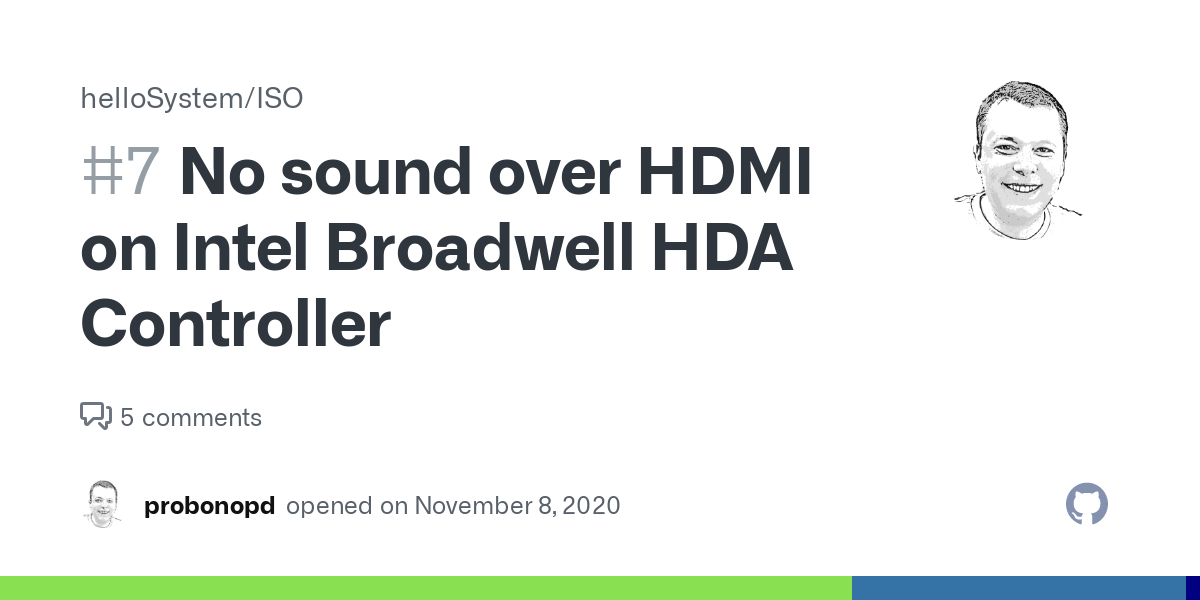 Sound over HDMI is not working on Acer RevoOne RL85.

grahamperrin said:
and critically (for helloSystem) it should be assumed that base OS patches have not been applied.
Click to expand...

FYI: My OS at the time was patched to the latest state (2019). I tried two minor releases.
P.S. Regarding your links, I was not using HDMI not because it did not work but because my current amp does not have an HDMI input and it's not convenient for me hardwarewise. Generally I was able to get sound out via HDMI.
You must log in or register to reply here.
Share:
Reddit Pinterest Tumblr WhatsApp Email Share Link
Top