I have an issue with FreeBSD on a Raspberry Pi (Model B 512 RAM). The text spills off of the screen. I saw mention here on the forums of the use of vidcontrol. I have tried that repeatedly although vidcontrol -i mode only returns one entry and I am thinking that is what the computer is using. I have had some success with
Code:
in /boot/msdos/config.txt. When I do that I find that I still have a solution that is not ideal.

I have seen mention of overscan as the solution to this problem which does not seem to work. I am guessing that FreeBSD uses a somewhat different setup than the Debian I had tried previously.

Thanks for any help,

I believe the configuration of the frame buffer in this regard is the same on all Pi platforms. config.txt, I believe, is a set of parameters for the firmware (the files loaded from the FAT partition). So I think your solution will be found in config.txt, at least if it's the text console screen you're talking about (for X, it's possible that the X configuration may override, but I haven't tried X on Raspberry Pi).

I found this page helpful.
OP
A

Thanks for the reply. I had some success with the frame buffer route. I have had two big problems so far with that. The text is still off the screen, and the text is hard to read. In the case of overscan setttings there is no useful difference, although the first series of messages are all garbled in some cases. The challenge as I see it (without knowledge of frame buffers and video cards/chips) is to get the HD aspect ratio to conform to a analog TV aspect ratio. I will try again though.

No, I'm not intending to use X until this is squared away.

I'm still trying to figure out how to get the console setting right. I can SSH into the Pi. Could someone advise what this information means?

This is a piece of the output of vidcontrol -i mode:

Code:
Output from the kenv command indicated that the console was controlled by uboot. Is this something that is relevant or is this handed off to the loader, which then sets the console?

Code:
Then adding
Code:
to shut that off. It looks best but still off screen.
OP
A

So, it looks as though I may have gotten a working situation with the Raspberry Pi.

Text is legible and fills the screen. Maybe someone else will find this useful.


Code:
The TV being used is a Montgomery Ward. The size of the screen is 11.25 / 8.5 (inches high/wide). The TV has video and audio single RCA jacks in and out. There are also some recessed adjustment screws for "focus" and "screen". Screen changes the brightness. 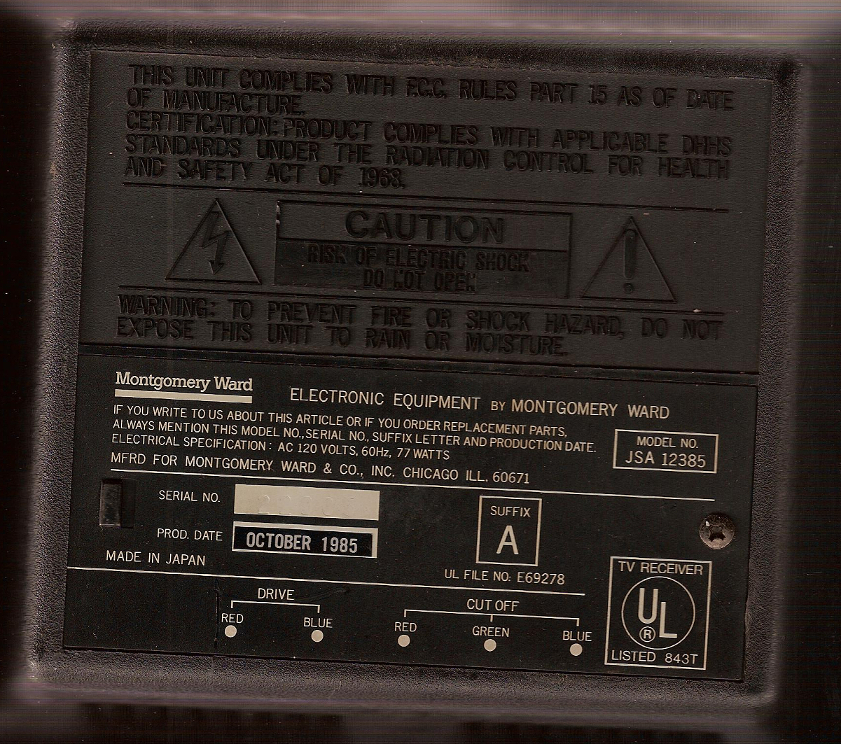 Should report here that I did not succeed as I thought I had.
On the freebsd-arm list someone pointed out to me something on the elinux wiki.

Code:
This causes the overscan settings to be used. After that simply having a config.txt as below works.


Code:
While the previous configurations I was using had garbage in the initial stages until I got the FreeBSD boot, this setup has consistent margins throughout.

Code:
At the top of my /boot/msdos/config.txt fixed mine. Like others elsewhere, I had assumed that config.txt was a Linux-specific thing and hadn't know to find it and change it if it weren't for your thread.
OP
A

Great!
If you look at http://elinux.org/RPiconfig, there are oodles of parameters one can change, although there may be necessary complimentary configuration changes to /boot/defaults/loader.conf or /etc/rc.conf... or elsewhere. Also, I have succeeded in installing www/boa on the RPi using:

portsnap fetch, then portsnap extract, then cd /usr/ports/www/boa, then make build, and finally make install. The build took something like 3 hrs but that is likely because I think it had to make and install pkg first. Some of the configuration options on the page above have to do with speed and size of RAM, GPU and the like. Maybe the speed can be improved. I should mention that when I first installed fsck reported some issues but after the RPi was left alone, on, for a while the problems seemed to have been resolved by background fsck.

Above I mention /boot/defaults/loader.conf, at the top of that file it states that one should not edit that file but rather use another copy in /boot/ like /boot/loader.conf, for example. It is outlined at the top of the file though.
Last edited by a moderator: Jan 15, 2015
You must log in or register to reply here.
Share:
Reddit Pinterest Tumblr WhatsApp Email Link
Top