Ports Update : python-2.7 flagged as EOLed, so Thunderbird port will expire as well ?

Hi,
I saw python-2.7 port is deprecated, with an expiration date : 2020-12-31, so Thunderbird-68 will expire at the same time, among a long list of other ports.
Perhaps I misunderstand something ...

Could someone shed a light on this ?

It means the maintainer has some work to do. If this dependency isn't changed before the EoL then yes, it would expire along with Python 2.7.

I think it's only a build requirement.
E

Alain De Vos said:
I think it's only a build requirement.
Click to expand...

Precisely. You have the same thing concerning Chromium & Firefox.

SirDice said:
It means the maintainer has some work to do. If this dependency isn't changed before the EoL then yes, it would expire along with Python 2.7.
Click to expand...

What about replace python2 with this? 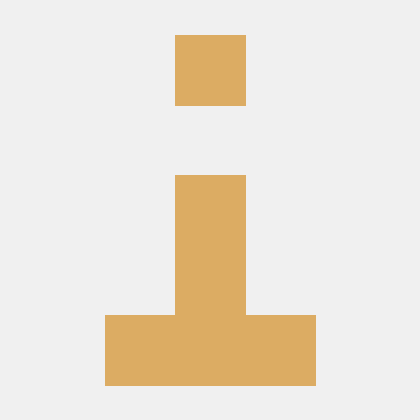 Fork of Python 2.7 with new syntax, builtins, and libraries backported from Python 3. - naftaliharris/tauthon

gh_origin said:
What about replace python2 with this?
Click to expand...

Hi Forum, With the upcoming EOL of Python 2.7 we realized that for years to come we can not do and we do not want to do without Python 2.7. Information about how FreeBSD is dealing with the EOL Python 2.7 is hard to find. Does someone know more about the future plans for Python 2.7 on...

Note : gnumeric,nemo,muffin have a runtime dependency.

I think the best approach around the py2 EOL time -- a few days before and few weeks after -- is to stay with some quarterly branch pkg/repos/FreeBSD.conf and/or not updating/upgrading ports/poudriere. Who knows, it can be a great vibe, moving to version 3, all blessing, or it can lead to a dependency hellhole all over the places. You don't want losing access to your emails, what do you want to do? Manually import them one by one another email client?

Or drop what is dead.

I did the same in January, i.e. Xorg devd/udev fiasco. It didn't bite me.
[EDIT] by same, I meant staying with quarterly branch policy.

gh_origin said:
What about replace python2 with this?

Fork of Python 2.7 with new syntax, builtins, and libraries backported from Python 3. - naftaliharris/tauthon

That would be like beating a horse that’s already dead.
We want to get rid of Python 2, not prolong the pain.

Furthermore, switching to tauthon would be probably worse than keeping Python 2 in the ports tree, because tauthon has a much smaller userbase, so the code receives less review, and there is a higher risk that security problems remain undiscovered.

Python 3 is the way to go. I've written many things in Python myself, from small scripts to large applications. Through the past years I’ve been bringing all of that to Python 3, piecemeal, every now and then a little bit. It’s not really difficult. In fact, it enabled me to rewrite some parts of my code in a much cleaner, more efficient and more robust way (and it even helped me to discover a few bugs in my code that went unnoticed with Python 2). For example, the strict separation between strings and byte arrays is a huge benefit. In Python 2, the confusion of bytes vs. normal strings vs. unicode strings was a pain, and it lead to subtle bugs e.g. when trying to encode a string that was already encoded. This cannot happen with Python 3. And that’s just one of many examples.

Agree. Most of the new python programmers are py3-only developers and never have installed py2 in their system. Python 2 is just a legacy stuff. It should happen long time ago. Pretty much like php5 to php7. People resisted it, complained about it. There's going to be a short time confusion, dependency problem, missing packages, ... I hope the whole process doesn't ignite a long list of whining thread, titled as" I updated recently, my packages are gone"
X

I just hope there's some sanity checking before all the ports expire. If ports like Firefox, Thunderbird, and Chromium are removed and then all the packages vanish as well, there will be many unhappy people. In fact if that happened on my laptop the first thing I'm likely to do is download a linux distro to "fix" it.

I totally agree that people need to get with the times and move to Python 3. I did it myself many years ago, but I'm slightly concerned at the fact I've seen a Firefox deprecation warning in my daily emails now for a couple of months and still nothing has changed.

Firefox has excised Python2, but the port hasn't realized this. This may be a similar issue, making it easy (?) to fix, even if the maintainter has to wake up next year to an "interesting" inbox.

I haven't checked but it is it a direct dependency? It may just be a build dependency of some other (build) dependency.
J

I’m also somewhat concerned about print/scribus-devel. It contains about 54 kLOC Python, most of that is Python 2. I have a number of DTP projects made with Scribus, and it would be non-trivial to migrate them to something else. I don’t even know if there is a DTP suite in the ports collection that has as many features as Scribus. So, if Scribus goes away, I’ll need to keep a copy around, too.

And there are many more popular pieces oft software that still depend on Python 2: Chromium, mailman, kodi, virtualbox, mercurial … Just to name a few.

A few weeks ago I ran a small script (actually a one-liner) on the ports collection that identified 704 ports that depended on Python 2. Indirect dependencies not included.

Scribus maaaybe is ready for Python3?

It will be in the next “stable” release of Scribus, i.e. 1.6, but it is unclear if that happens this year. There don’t seem to be any plans currently.
X

mail/offlineimap is unlikely to be fixed. The author has stated that it's no longer being worked on and they are spending their time developing something called imapfw instead.

My suggestion is to look at mail/isync which I've been using for a while now. The executable in it is called mbsync and that works well to sync IMAP to IMAP, or IMAP to Maildir etc.

xtaz said:
mail/offlineimap is unlikely to be fixed. The author has stated that it's no longer being worked on and they are spending their time developing something called imapfw instead.

My suggestion is to look at mail/isync which I've been using for a while now. The executable in it is called mbsync and that works well to sync IMAP to IMAP, or IMAP to Maildir etc.
Click to expand...