ralphbsz said:
and a vanishing fraction of other OSes
Click to expand...

How do you think BSD sits in there? ~50% of that vanishing fraction?
We are the kings of the little garden pond


ralphbsz said:
Of the desktop/laptop machines, the vast majority are Windows, followed by Chrome, MacOS, with a tiny fraction (perhaps a few percent) being Linux.
Click to expand...

I was thinking about this the other day. Based on the JetBrains surveys (so possibly web development oriented) Linux represented around 50% of the development machines.

Now what I do find strange is that Windows and macOS machines have greatly reduced because many consumers now prefer their phones and tablets (Android, macOS, Chromebooks doing most things online) and yet the Linux market share hasn't seemed to increase in percentage at all? Something doesn't quite add up. Since Linux is quite well received with developers and since only developers tend to use "proper" computers these days, surely we should see higher values. It can't just be Windows gamers pushing it down, surely?
D

kpedersen said:
Based on the stack overflow surveys (so possibly web development oriented) Linux represented around 50% of the development machines.
Click to expand...

I'm pretty sure the last survey I saw said over 50% were on Windows.

And don't call me Shirley.
K

drhowarddrfine said:
I'm pretty sure the last survey I saw said over 50% were on Windows.
Click to expand...

Hmm, it turns out it was JetBrains: https://www.jetbrains.com/lp/devecosystem-2021/

47% Linux, 61% Windows so obviously respondents could select more than one.
D

Yeah, it is a high proportion there too. They can't all be running Windows just to test it out on IE6!
R

kpedersen said:
How do you think BSD sits in there? ~50% of that vanishing fraction?
Click to expand...

BSD in the data center: A very tiny fraction. Why? The data center market is dominated by a handful of hyper-scalers, the FAANG (which is a misnomer, Amazon/Google/Microsoft have way more compute power than Facebook, Apple and Netflix, and it misses the Chinese counterparts). Of those, only Netflix uses BSD for a part of their workload, all others are either exclusively Linux, or a mix of Windows and Linux (Microsoft).

BSD on the desktop: Of the already small fraction of Unix desktop machines, the BSDs are a tiny fraction.

Based on the JetBrains surveys (so possibly web development oriented) Linux represented around 50% of the development machines.
Click to expand...

Among software and web developers, that might be right within an order of magnitude. Clearly, a very large fraction of all Unix desktop machines are among computer professionals. Now, my observations among friends and colleagues don't agree with that statistic, I would say that today the distribution is roughly Mac, Chrome, Linux, Windows, in that order, among software engineers (people who get paid to develop software).

Since Linux is quite well received with developers and since only developers tend to use "proper" computers these days, surely we should see higher values.
Click to expand...

No, the bulk of all desktop machines (most of which are by the way laptops!) is still in use by people who are not professional software developers. Nearly every college student has one, and in developed countries most school children; nearly every employee with a desk job has one at work, and that includes secretaries, purchasing, finance, HR, mechanical engineers, and so on. Many elderly people (over 40!) have one, because the bigger screens are more ergonomic than cell phones. Where you are right: The total number of mobiles (cell phones, with a few tablets) far exceeds the number of desktops (+laptops). There are two factors in that: first, in developed countries nearly every human has a mobile, sometimes two (one for home, one paid by the employer for work). Second, in developing countries, many people have only a mobile and can't afford a computer, nor do they have the infrastructure to us one. In the tech world, we refer to those mobile-only as "the next billion users".

Compared to the many billions of people with cell phones, and the ~billion people with a laptop/desktop, the professional software people and high-end gamers are a tiny market: millions and millions.
OP

ralphbsz said:
Clearly, a very large fraction of all Unix desktop machines are among computer professionals.
Click to expand...

Agreed. However, my experience in the corporate sector is that the desire to standardise on the Windows desktop is stronger than ever. The monoculture leads to simplified service management.

It's also gotten easier to enforce, because the advent of Hyper-V means that software professionals may conveniently spin up as many test/development Linux machines on their Windows desktop as they want.

[Monocultures do have some disadvantages, as their susceptibility to 100% loss from viral infections is as problematic with Italian poplar plantations as it is with PC desktops.]
M

drhowarddrfine
I would hazard a guess more systemd/Linux users come to using it via the GUI and there the directory is presented as folders to make them feel comfortable in their transition from Windows (or, shock-horror, MacOS).
I see systemd/linux users as a little more "tech-savvy" than your average MS Windows user but a lot less tech-savvy the the average *BSD user. Let's not confront them with nomenclature like "directories"!
D

That would mean using the wrong terminology and that would be a disservice. Never use wrong terms to explain things to people who don't know what they're talking about. No excuses for doing that.
C

For the record: I don't for one second believe that Linux is a teenager's hobby OS.

systemd is unfortunately here to stay. I wrote my first unit files in the last few months, don't find it intuitive at all. Documentation isn't great either - as with everything Linux related. You'd think that as they put something together resembling a Windows ini file, that they would be able to produce clear documentation, with examples... instead I found myself trawling through stackexchange, etc, stabbing in the dark and eventually working it out for myself. It's now running merrily (for now) in an Ubuntu VM running on Azure.

datasmurf said:
Ok, "Folder" - then you know who the target audience is...
Closed Tab.
Click to expand...

drhowarddrfine said:
My original tongue-in-cheek reply was to the comment about the average Linux user not knowing what a ssh key is. It's also true of users who call directories "folders".
Click to expand...

I don't think you can judge someone's knowledge from the word he/she uses for a particular thing.
D

You can get a sense of it when they use the wrong terminology.

I don't see why folder would be more wrong than directory, I see both terms as synonyms and use them interchangeably, maybe because I'm not native in English, I don't know. In both cases the meaning is obvious, I don't think anyone thinks of a folder as a machine used to fold booklets when talking about computers. 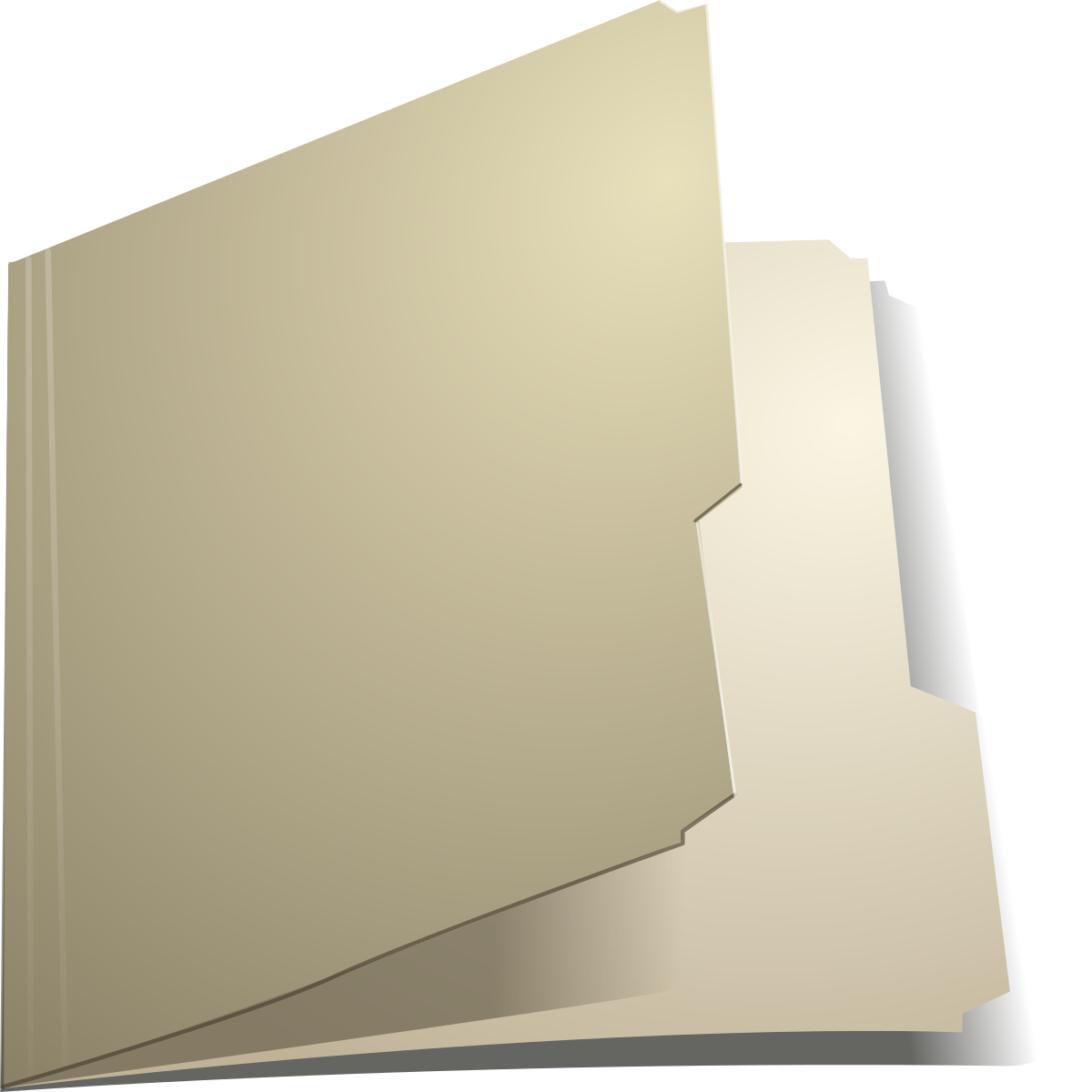 bsduck
What is the difference between a folder and a directory?

This is not the more informed and better, more descriptive answer I saved somewhere, and I usually forget all the things I had to say about it at one time, but it will do for now.

There is a difference between a directory, which is a file system concept, and the graphical user interface metaphor that is used to represent it (a folder). For example, Microsoft Windows uses the concept of special folders to help present the contents of the computer to the user in a fairly consistent way that frees the user from having to deal with absolute directory paths, which can vary between versions of Windows, and between individual installations. ...

If one is referring to a container of documents, the term folder is more appropriate. The term directory refers to the way a structured list of document files and folders is stored on the computer. The distinction can be due to the way a directory is accessed; on Unix systems, /usr/bin/ is usually referred to as a directory when viewed in a command line console, but if accessed through a graphical file manager, users may sometimes call it a folder.
Click to expand...

A directory often--or should--contain an index file. A folder never has one. A directory is a path. A folder is a container.

bsduck said:
I don't think you can judge someone's knowledge from the word he/she uses for a particular thing.
Click to expand...

If I were working on construction, factory or a kitchen for example. I would also need to call the Tools, Technique and Machinery by their proper name.

Besides all that - in our present time - using the correct language, wording and pronouns seems so important
to all sorts of netizens, this falls all to short that I feel mocked and embarrassed when I read "folder" in a manpage.

And English is not my native language, nor do I have some sort of official education in CS.
R

Next step on Poettering's agenda: systemd-kerneld, to do away with that pesky Linux kernel.

recluce said:
Next step on Poettering's agenda: systemd-kerneld, to do away with that pesky Linux kernel.

I guess it's pleasing to see the systemd/gnu/linux crew finally see merit in the *BSD way of doing things (though I am sure the rabid linux fanboys will deny this).
It's inevitable that their next major step is the replacement of userland with redhat-owned ones to complete the homologation.
M

recluce said:
Next step on Poettering's agenda: systemd-kerneld, to do away with that pesky Linux kernel.

They could steal Fuscia OS and put it under the gpl...?

mark_j said:
I guess it's pleasing to see the systemd/gnu/linux crew finally see merit in the *BSD way of doing things (though I am sure the rabid linux fanboys will deny this).
It's inevitable that their next major step is the replacement of userland with redhat-owned ones to complete the homologation.
Click to expand...

We should focus on what we do. Not worry about other OS' following. Minimal interference from their way of doing things would be nice. Apart from the software, there's reluctance to make things better and get away from that interference, because not everyone sees it in their mind, how things can be kept simple yet even be better functioning and have more ability. If things move in a forked direction, for those who agree, I hope that interference doesn't try to discourage it.
D

sidetone said:
We should focus on what we do. Not worry about other OS' following.
Click to expand...

Absolutely! If we needed X we'd get X for ourselves. Saying we need X cause someone else has it is either a popularity contest or envy.

I am a pacifist but everytime i read about systemd or Poettering i want to punch things.
M

drhowarddrfine said:
Absolutely! If we needed X we'd get X for ourselves. Saying we need X cause someone else has it is either a popularity contest or envy.
Click to expand...

I assume you're using "X" as a generic application/package/feature name and not "X" as in "X.org?