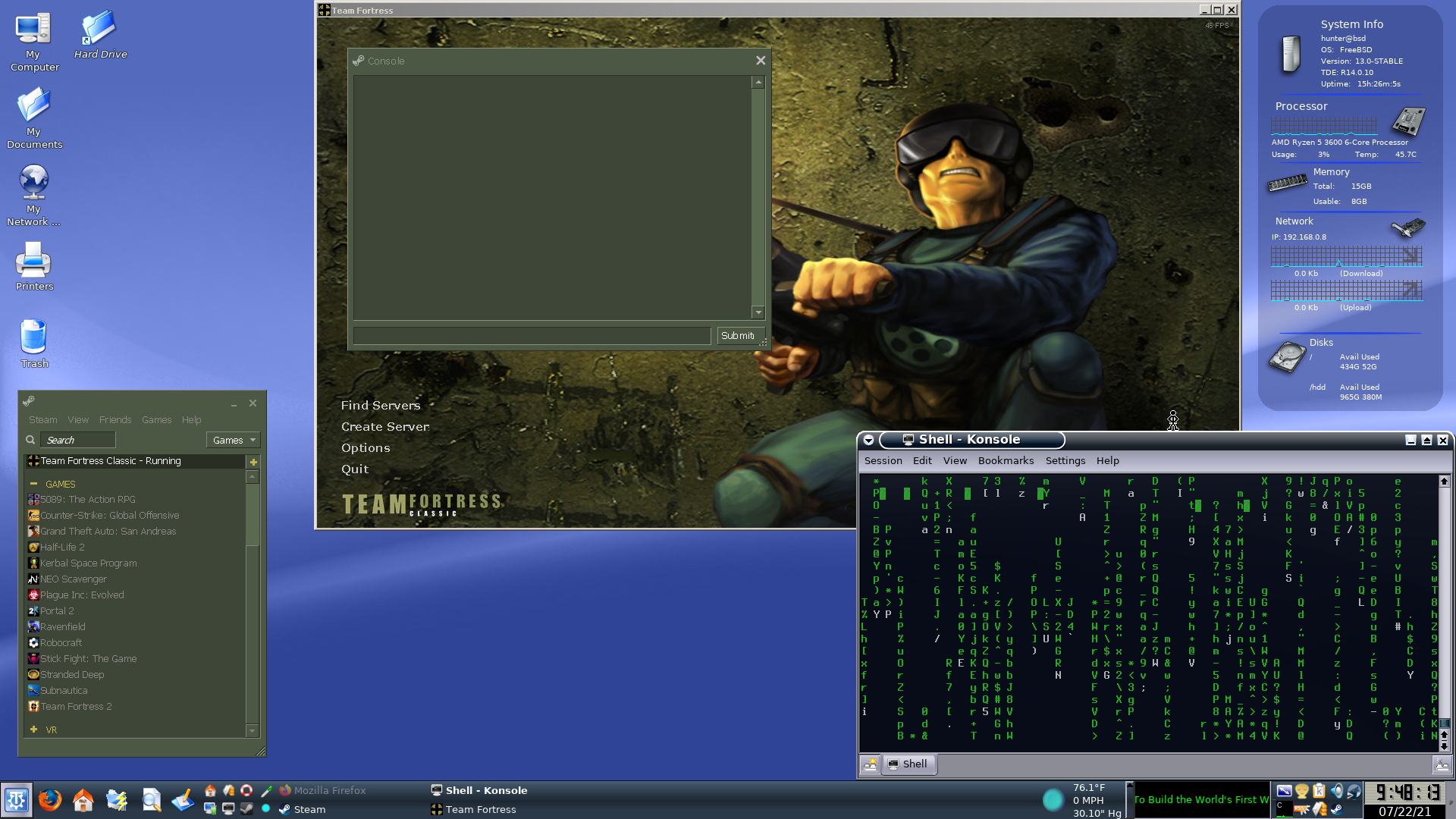 I've finalized the look I've been wanting for a while now, so this should be the last screenshot for a while . I only ran another konsole to show the non-WINE window decoration. On another note, this is such an underrated desktop environment..
K

hunter0one said:
On another note, this is such an underrated desktop environment..
Click to expand...

Nice. Certainly agree. This was from the generation just before DEs became impossibly sh*t.

Out of interest, can you give an approximate ram usage? My guess is that TDE is probably even lighter than Xfce and yet also provides vastly more features compared to all current DEs combined! Amazing how developers like that existed back then. 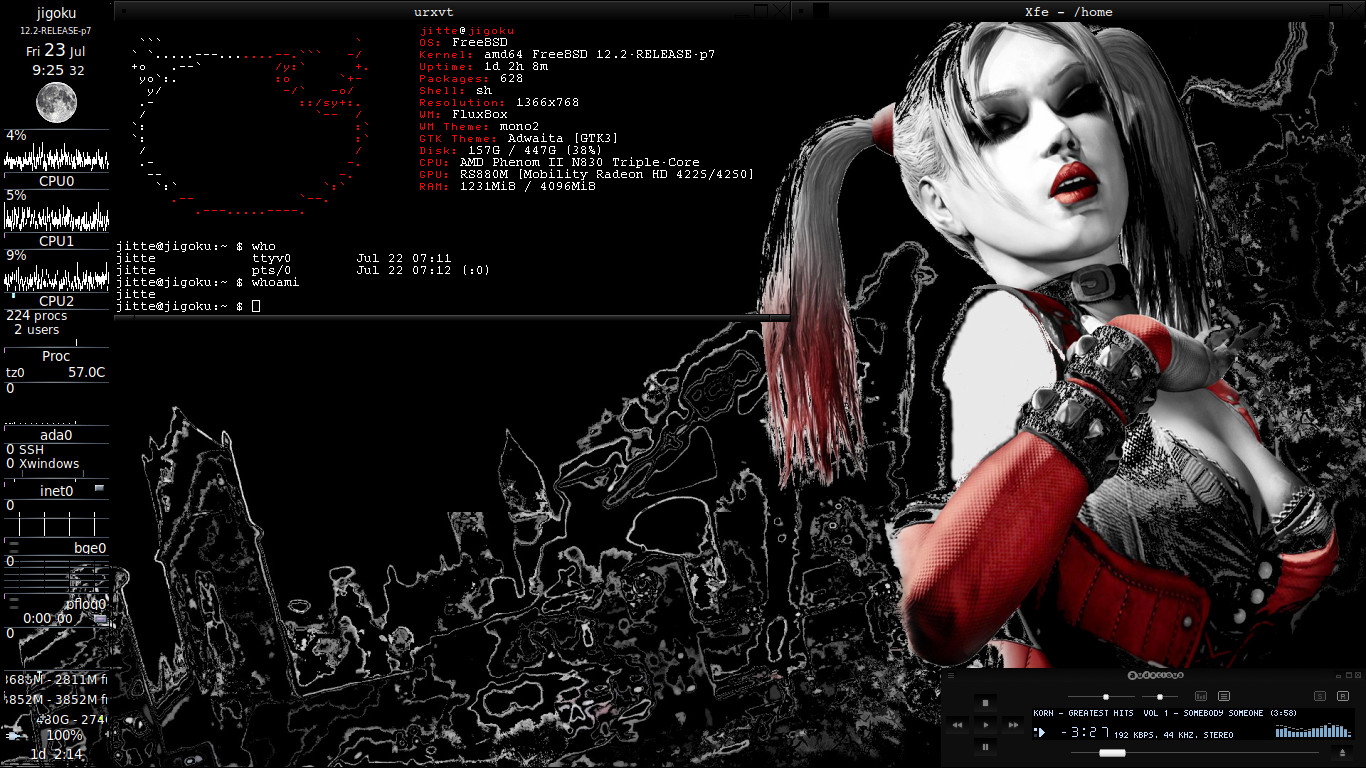 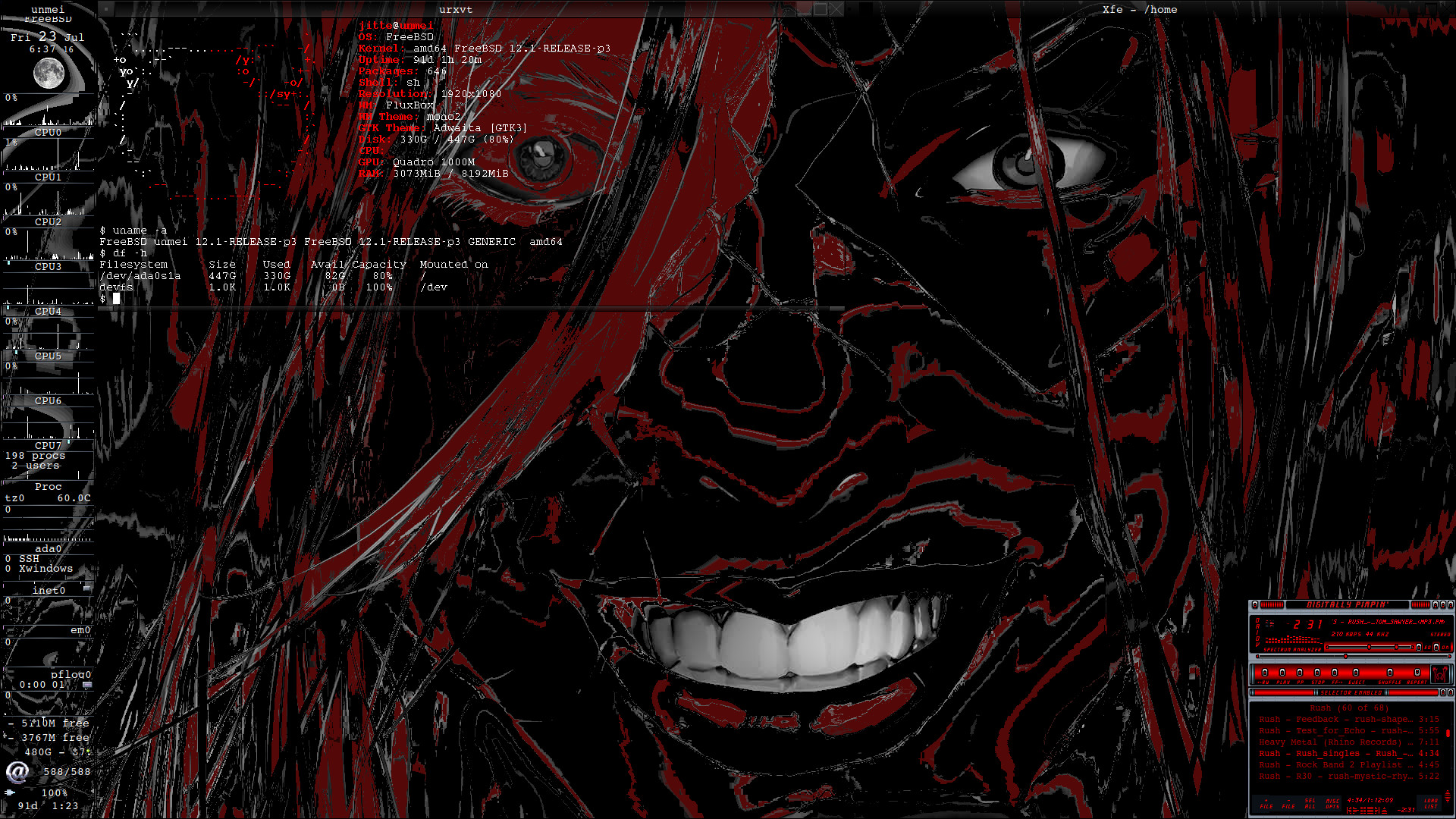 kpedersen said:
Out of interest, can you give an approximate ram usage? My guess is that TDE is probably even lighter than Xfce and yet also provides vastly more features compared to all current DEs combined! Amazing how developers like that existed back then.
Click to expand...

Sure! Without Firefox running, and only using the apps that I use daily that are native to TDE (such as Kmail and KlamAV), the memory usage is right at 400 MB. I'm also using a SuperKaramba theme I made and several Kicker applets so it could be lowered, but I think the real amazing part is that this is with all of that running.

Unfortunately, if you're wanting to run TDE for yourself on FreeBSD it takes dedication. For one, it's not in the ports collection (sadly) so you have to get Slavek's builds from Gitea. Secondly, there is still a bug in the make process related to one of the library packages that halts everything so you have to build it yourself according to the make files (and skip what doesn't work). However, it was worth it in the end and maybe one day it will wind up in the ports collection. I have 0 complaints. 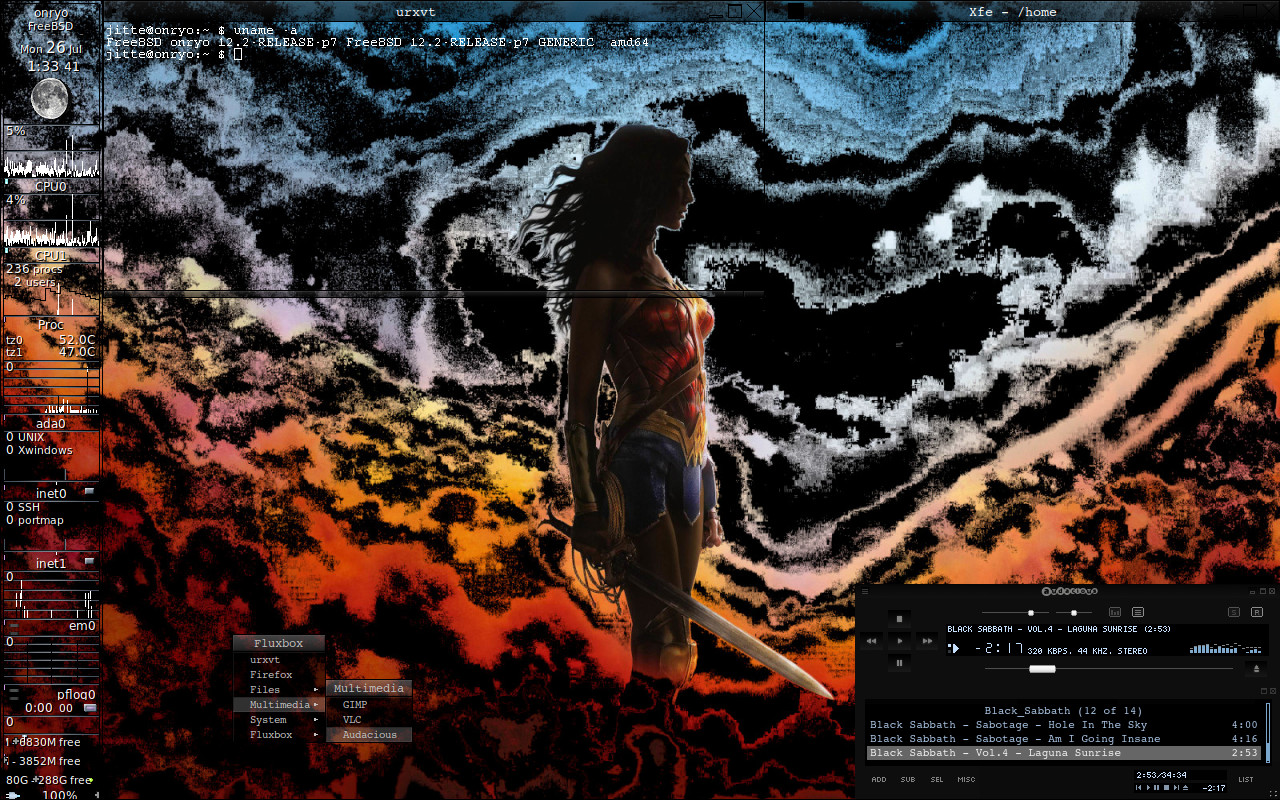 My Thinkpad T400 running FreeBSD 12.2-RELEASE-p7 after a 3 day run with portmaster -a to update all ports.

This is really the first time I've done that. Have done it on 3-4 machines, encountered the same failpoint problems on them all, worked through it the way way, finished successfully and could have rebuilt the whole thing from scratch in less time...
Last edited: Jul 28, 2021 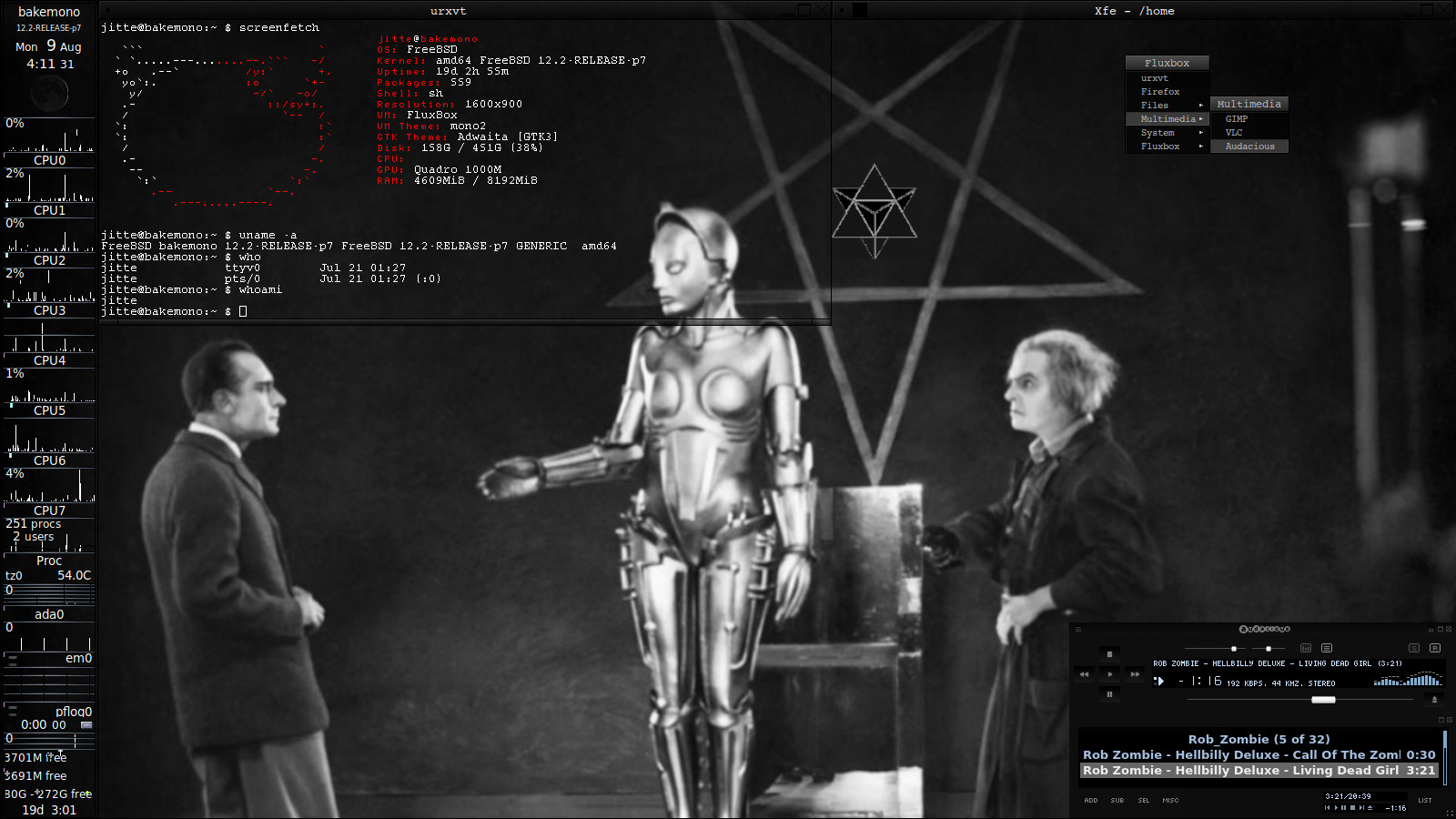 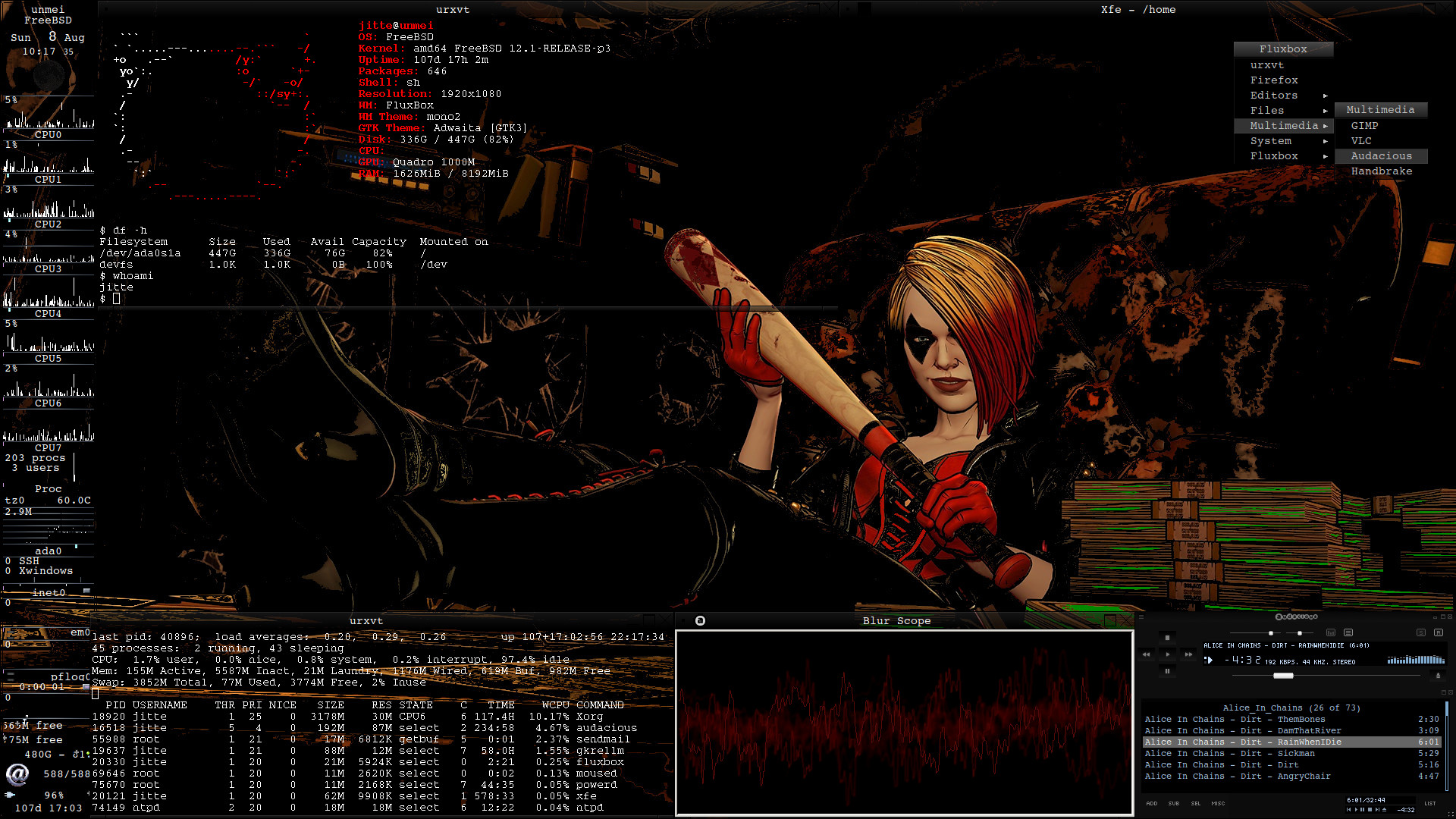 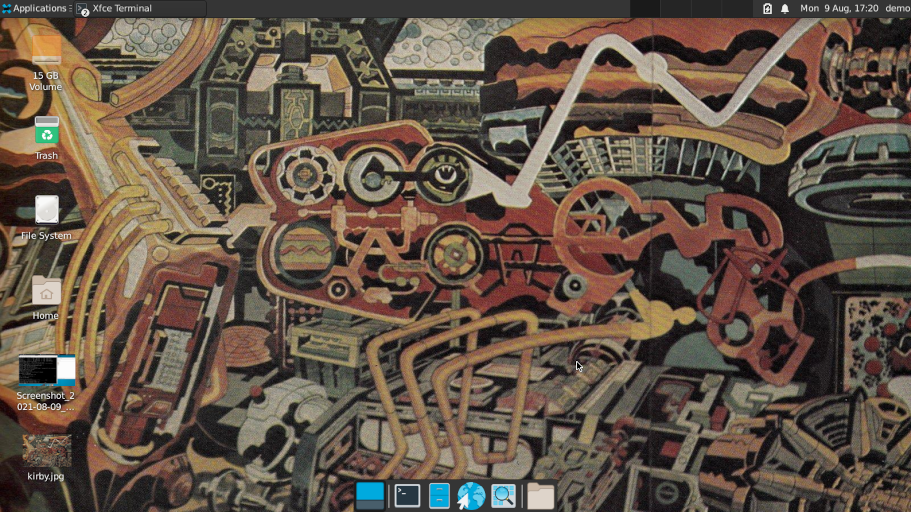 Good evening ALL, testing freeBSD 14 CURRENT..... I am extremely pleased!

It will have been good to have eight CPUs but you have only one which has four cores and eight threads. Just saying

Minbari said:
It will have been good to have eight CPUs but you have only one which has four cores and eight threads. Just saying
Click to expand...

Yeah I'm lazy about the word because I see it so often in VirtualBox, for example: 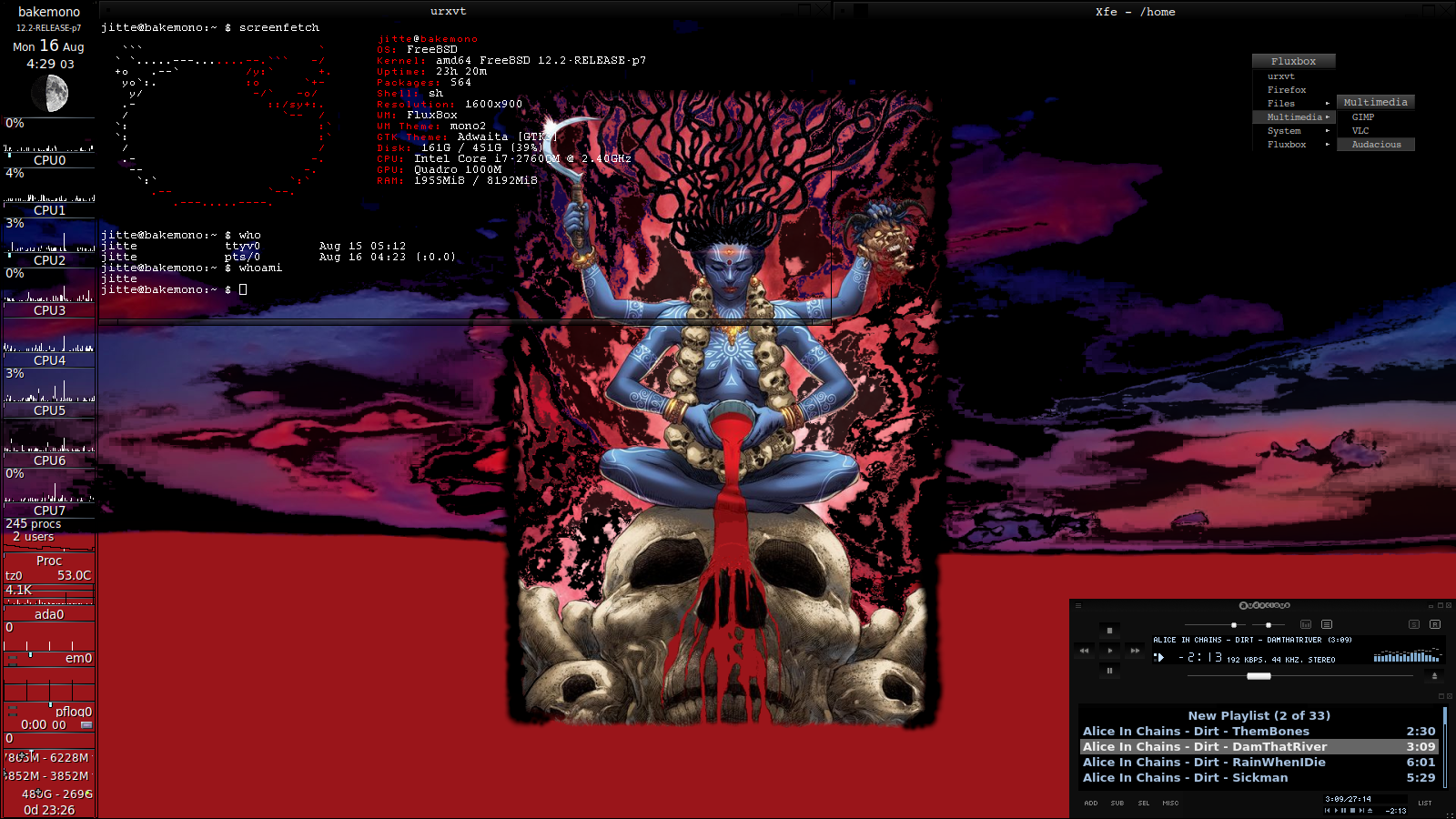 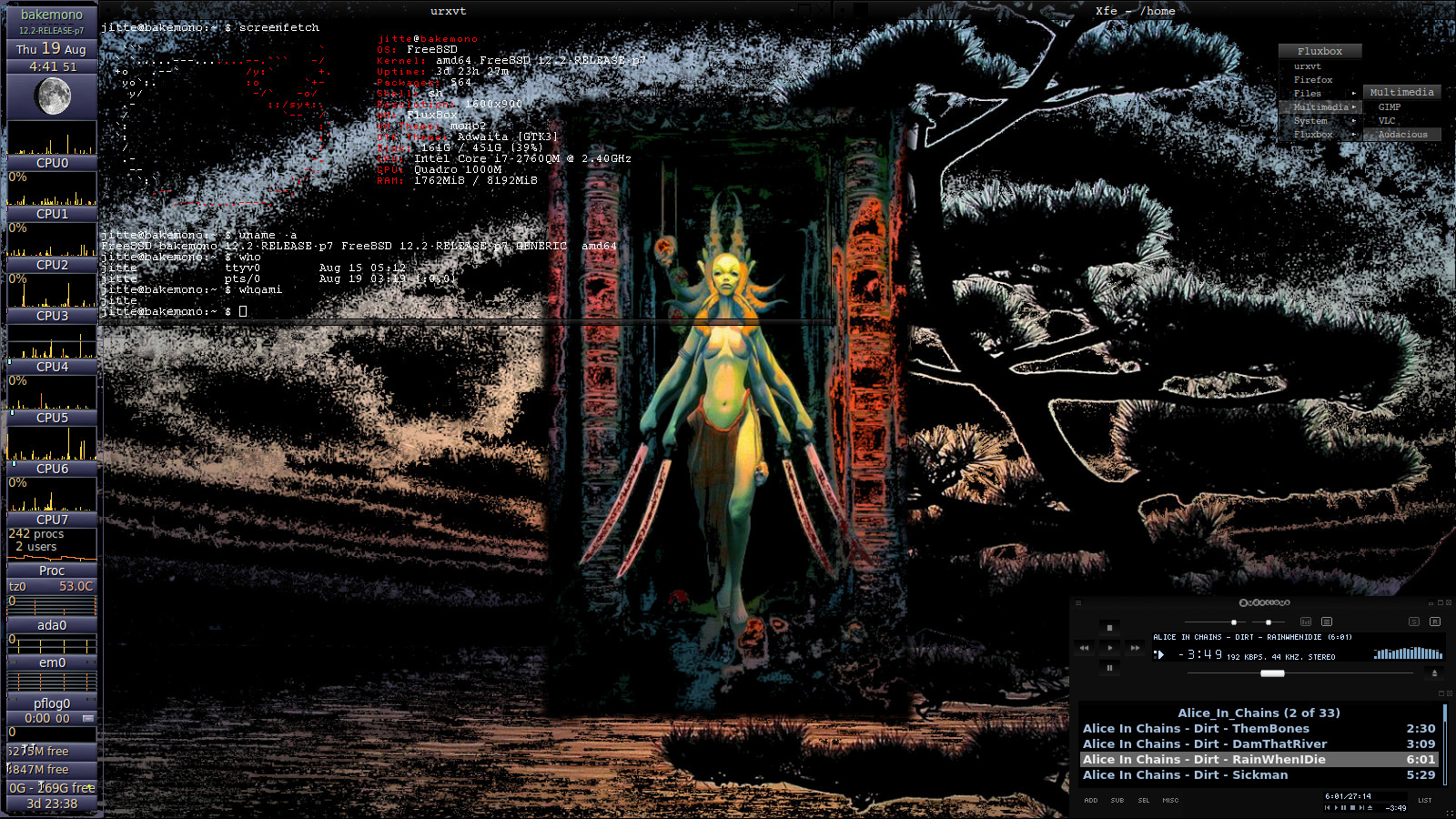 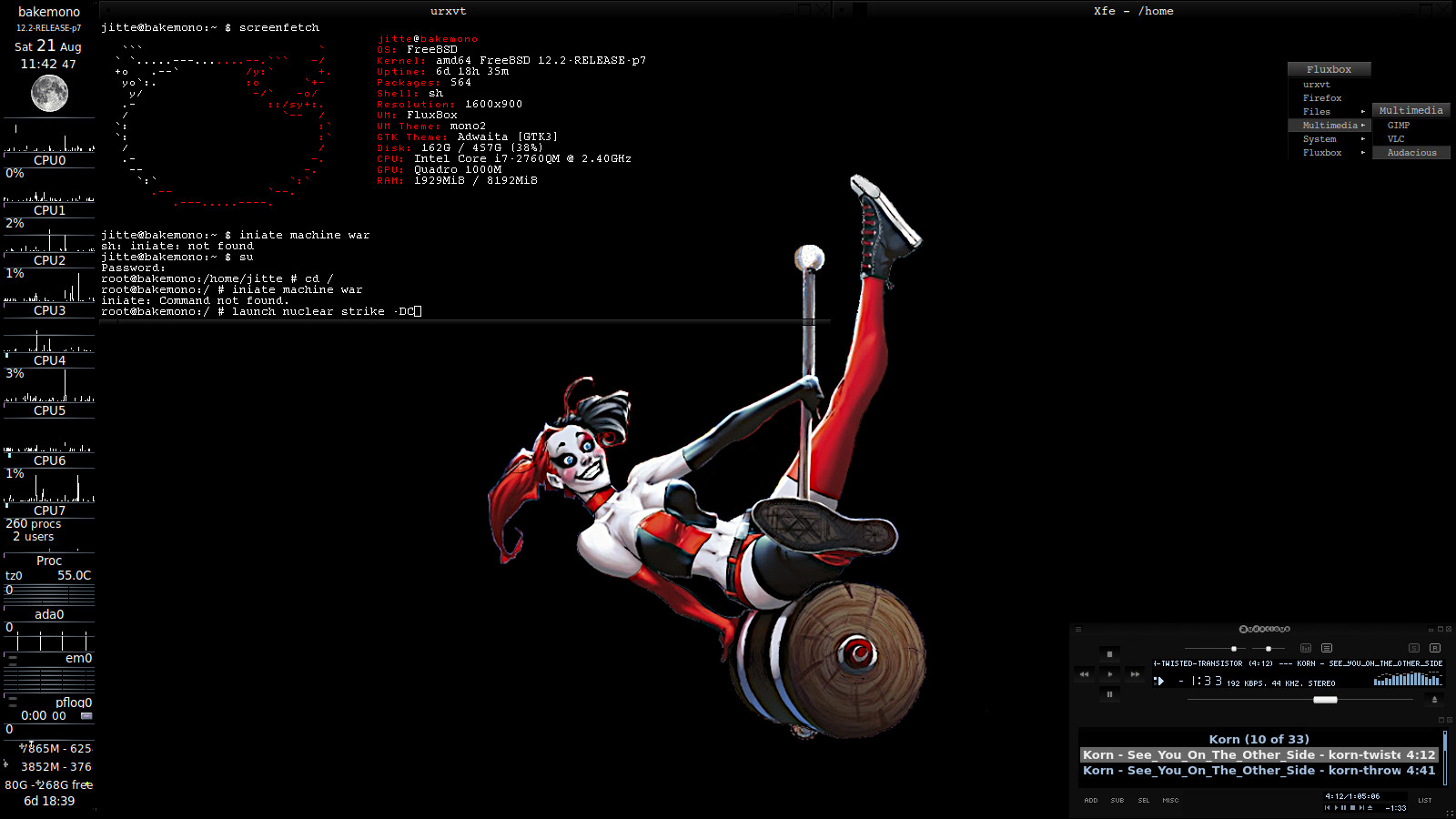 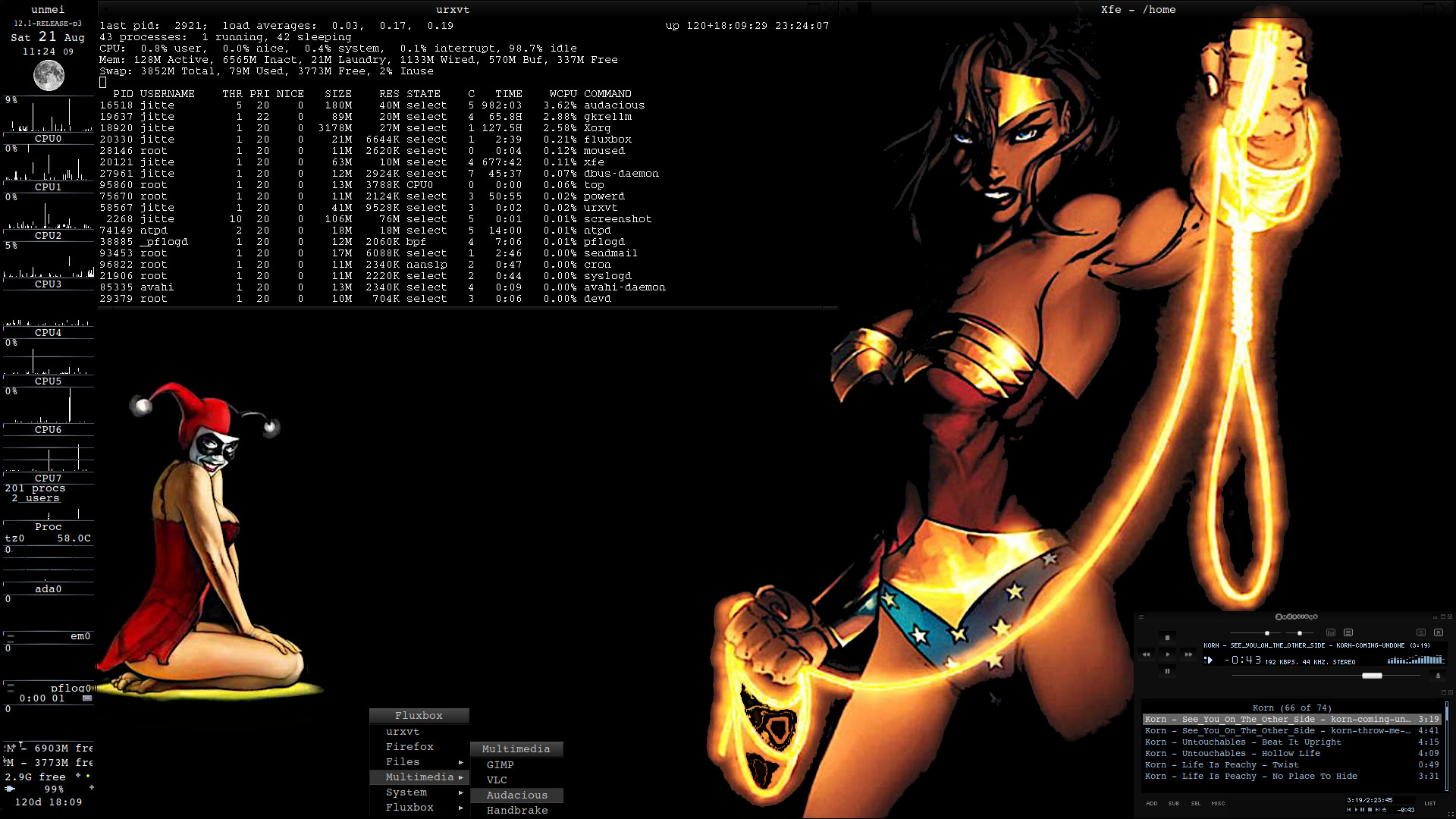 My vanilla FreeBSD/KDE setup with slightly tweaked defaults on a T480. It feels like Windows 7 on acid.

Trying to learn some programming in order to maybe at some point in the future be able to contribute and help out the CDE project. 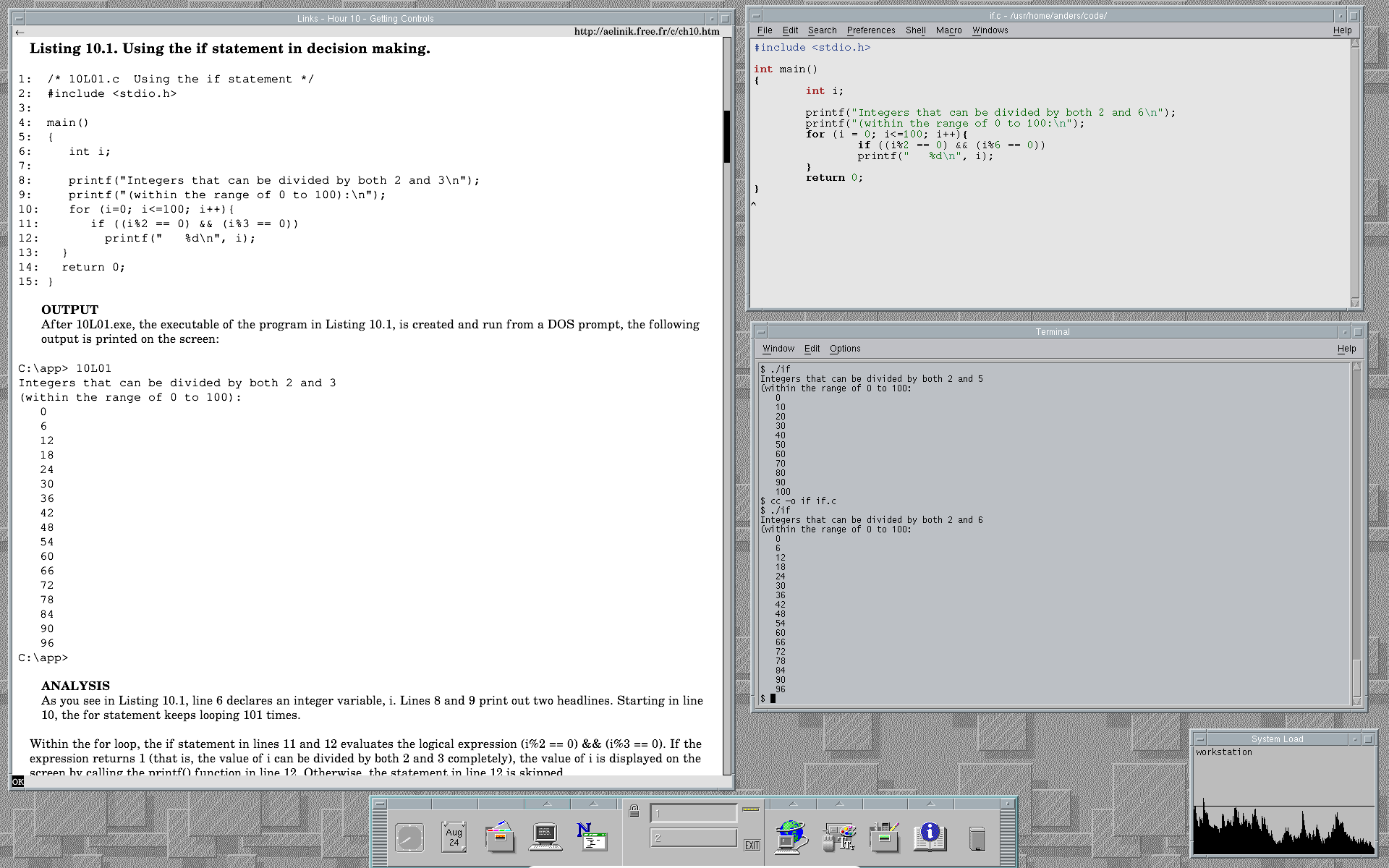 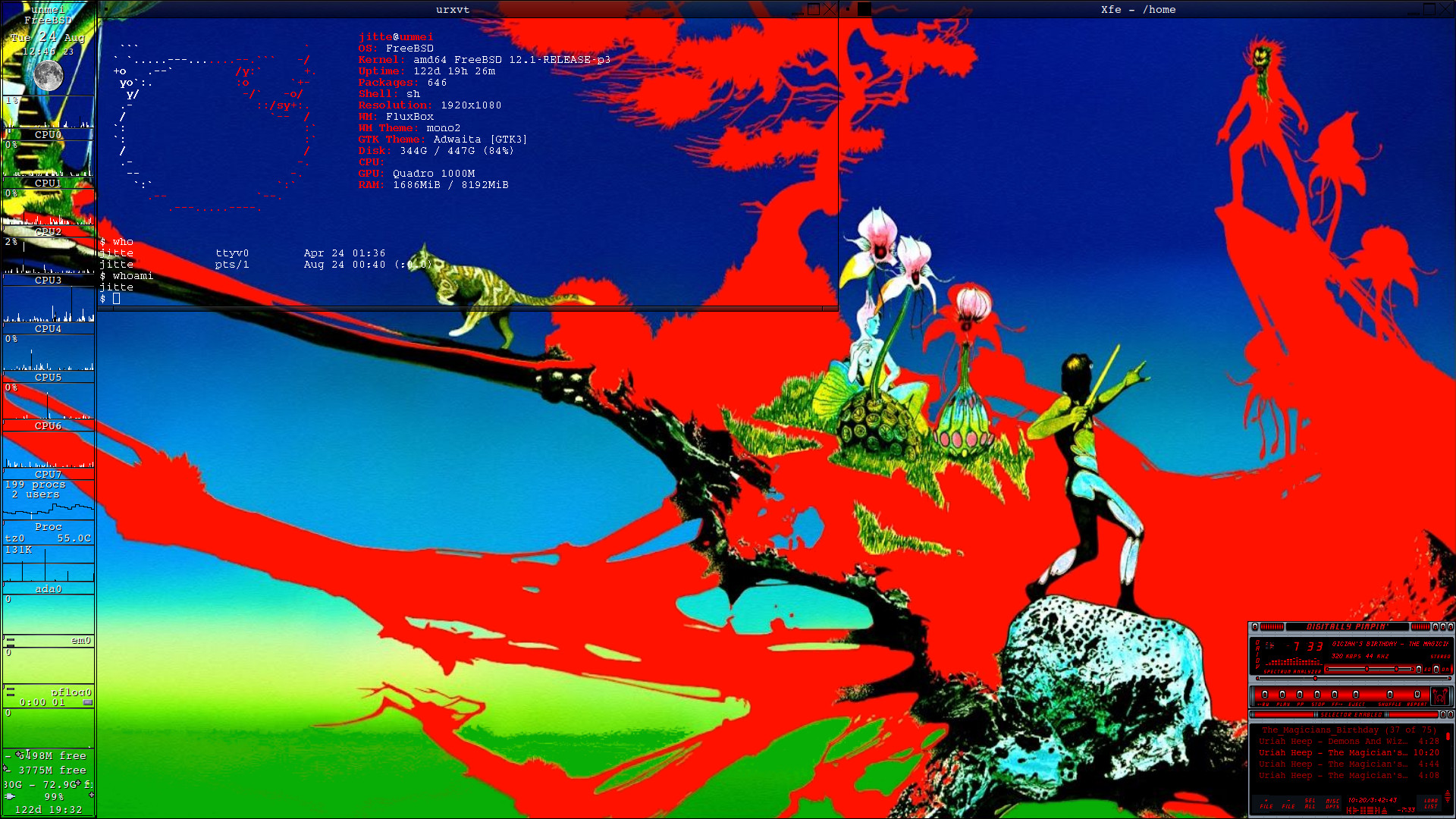 You can never have too many screenshots of a FreeBSD desktop at 122 days uptime. 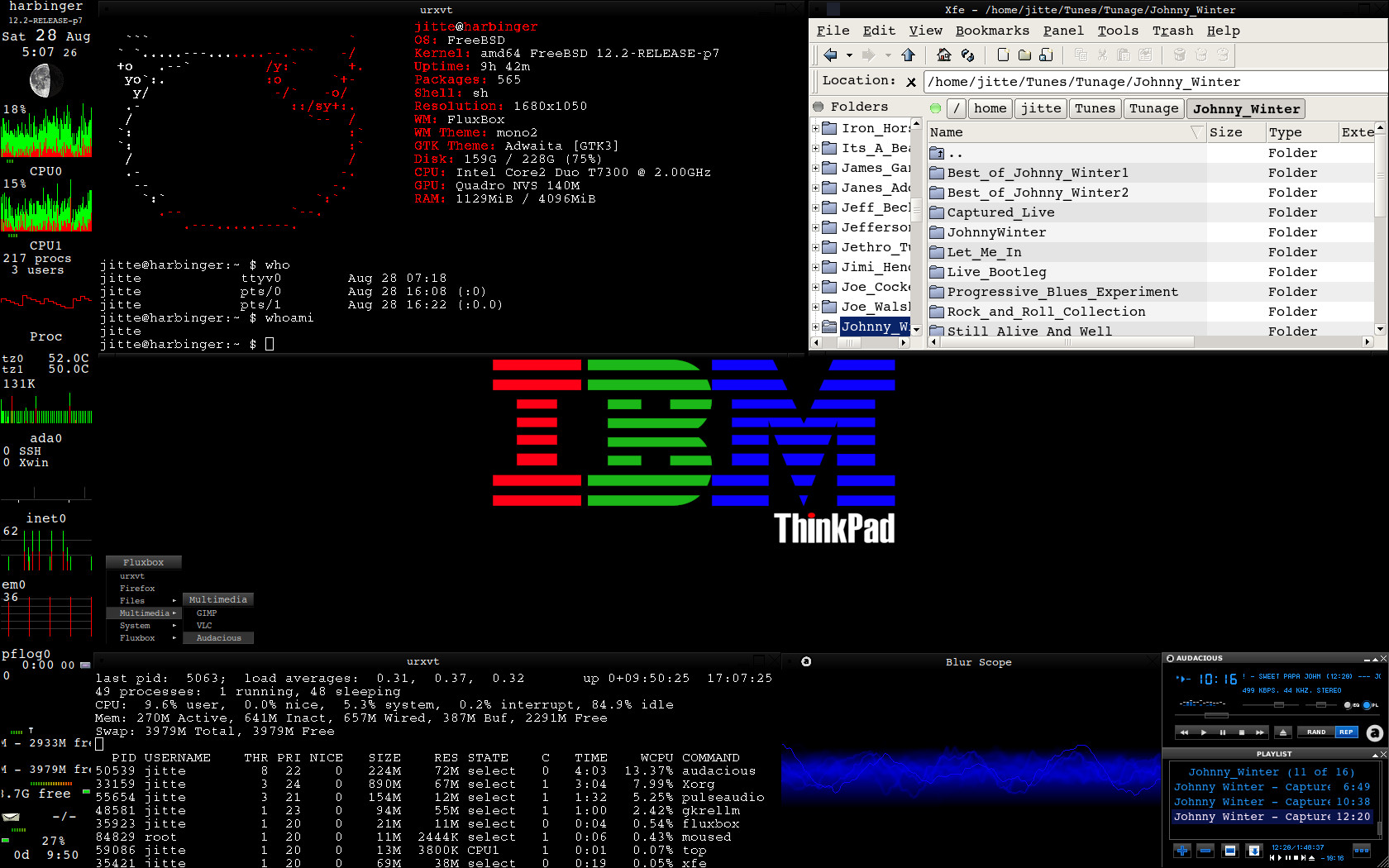 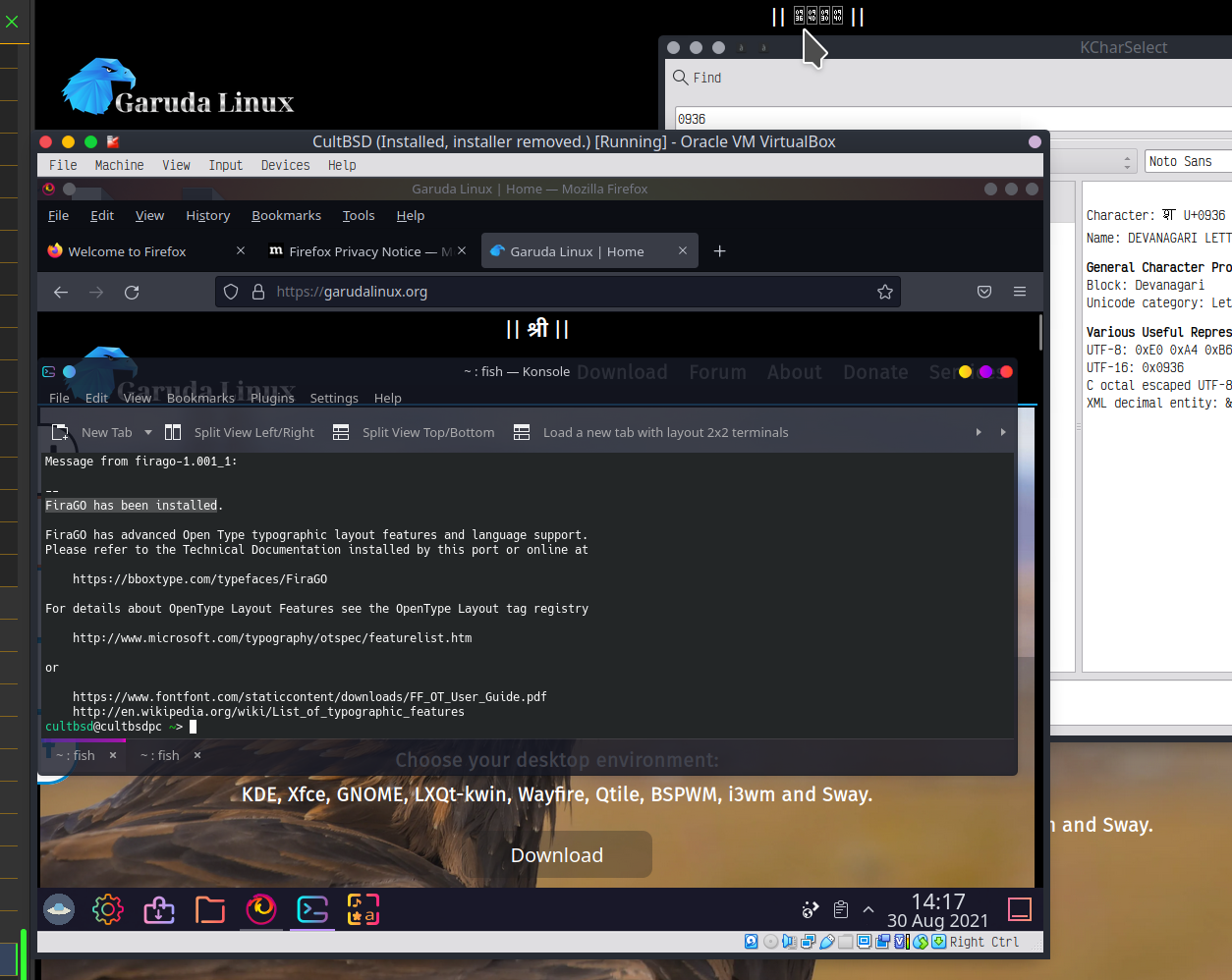 christhegeek said:
… an alternative to Garuda …
Click to expand...

With base memory halved to 1,024 MB, swap enabled and video memory increased to 48 MB: 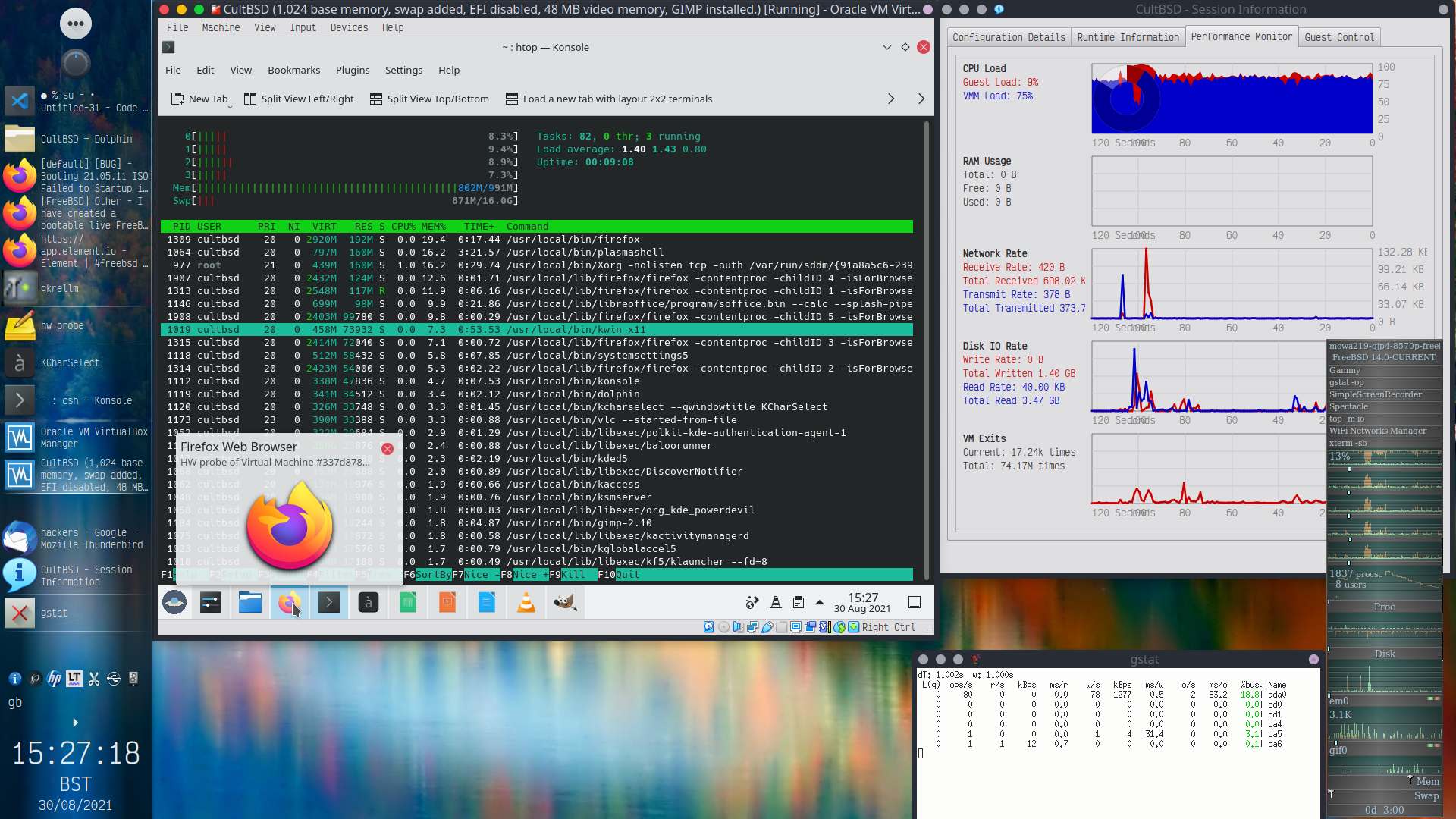 "Rain when i die" nice touch i haven't listen to this song for ages. I'm using pandora almost 24/7 but i guess its time to go back to my mp3 collection.

If Garuda didn't had all these bloatware
I can't do better than garuda for real .
Wait for the CultBSD Rice ...... i will not reveal its codename yet
Bspwm and Herbstluftwm will be my best choices and picom compiled from git with rounded corners blurred transparency with dual_kawase nice icons etc 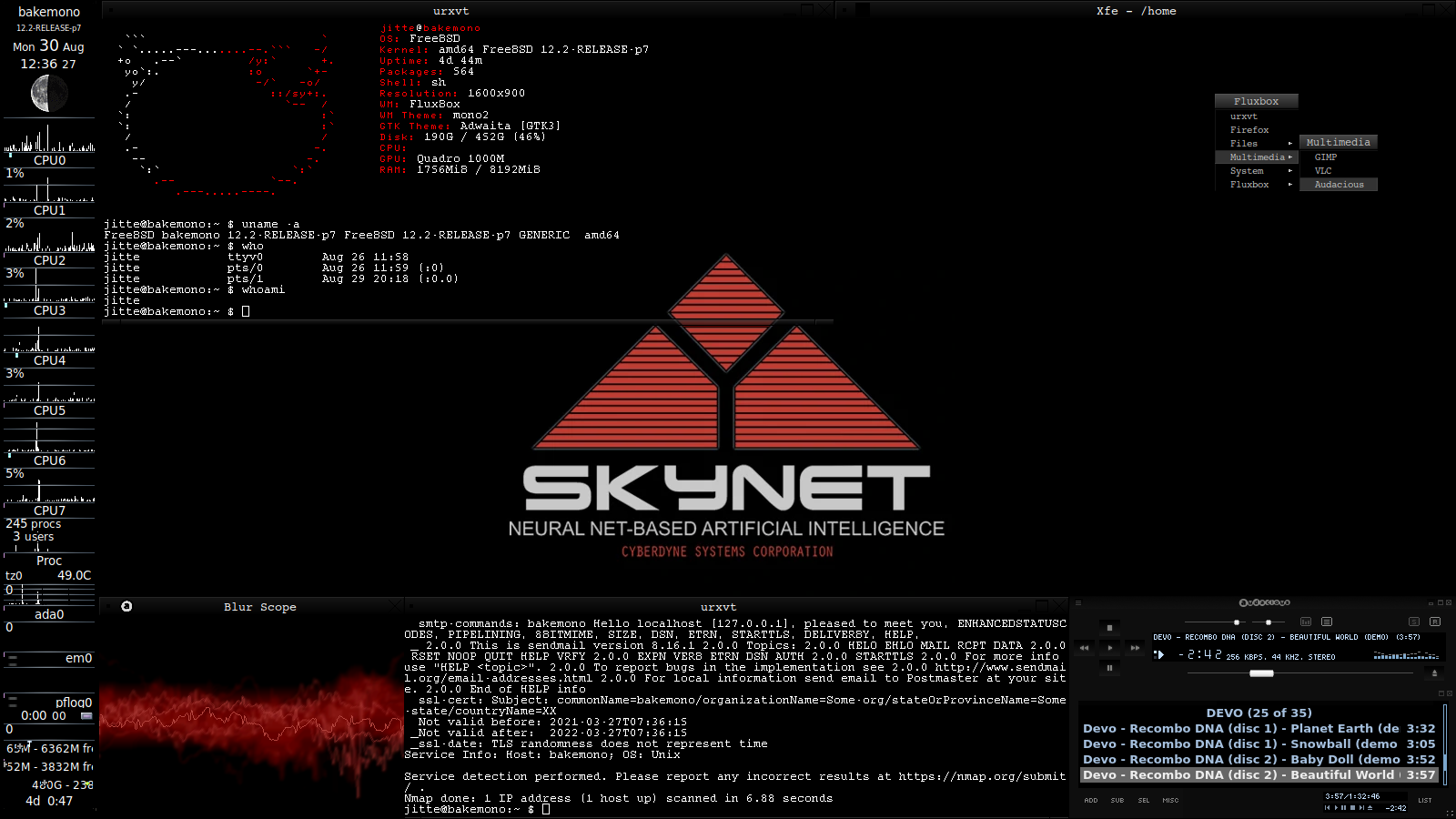 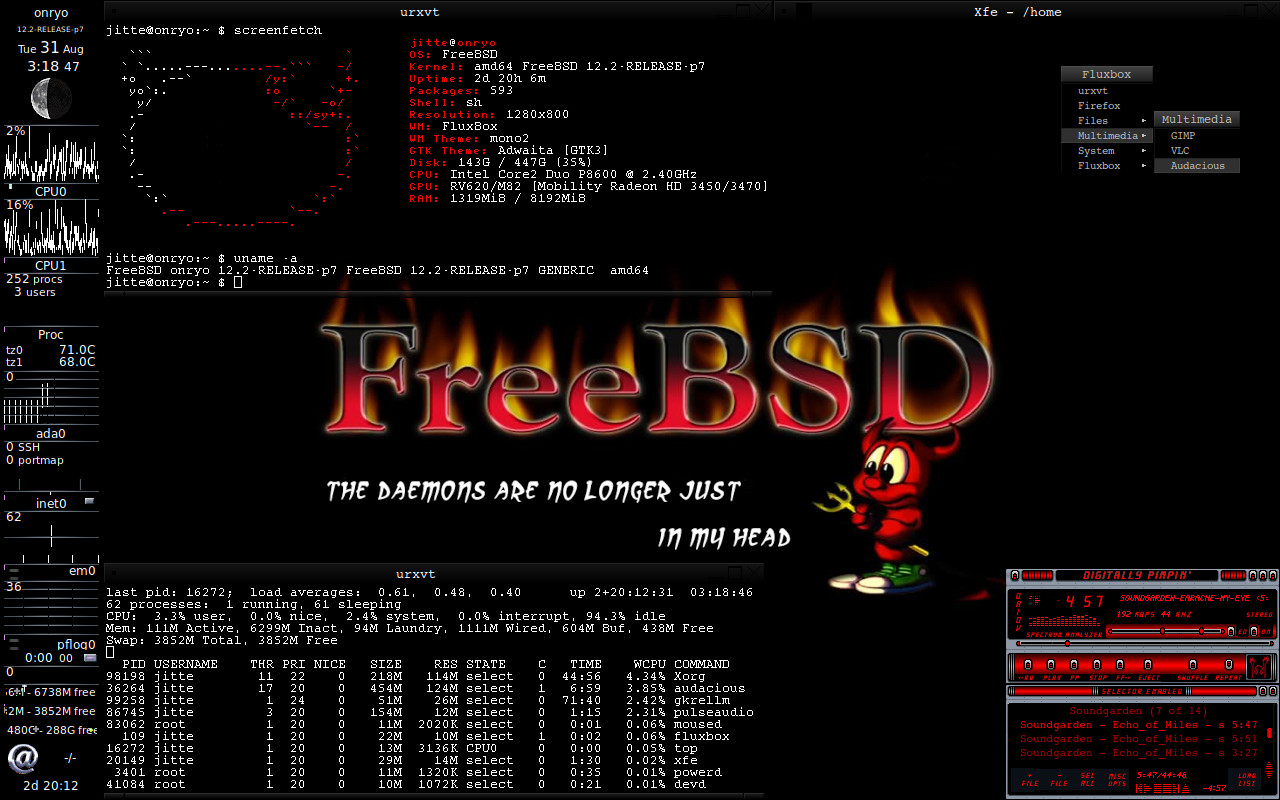 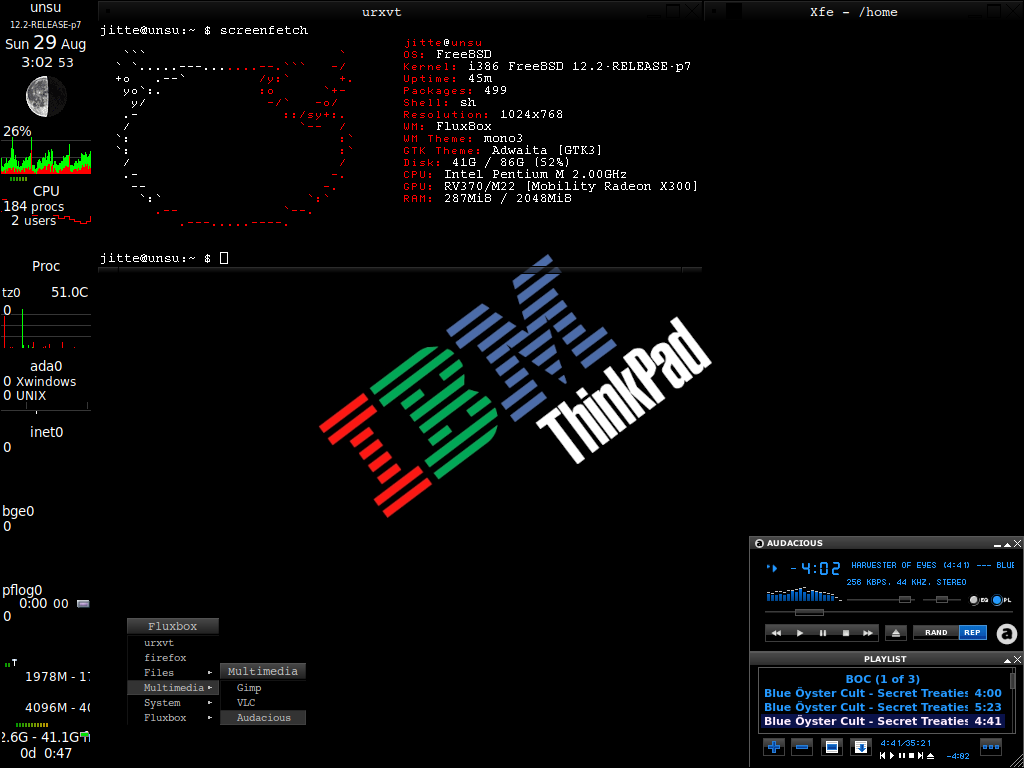