No mention of FreeBSD Forums at <https://freebsdfoundation.org/about-us/about-the-foundation/>.

At least one member of the Foundation is present in FreeBSD Forums, however I should not assume that this is a means of Forum content influencing the work of the Foundation.
Click to expand...

Freebsd Forum with the FreeBSD Foundation, if I am not mistaken, it seems that they are not related, at least that has been visualized in some message on the internet.

teo said:
Freebsd Forum with the FreeBSD Foundation, if I am not mistaken, it seems that they are not related, at least that has been visualized in some message on the internet.
Click to expand...

This probably depends how you define a relation. All people on Earth are related, sharing the same basic genome and the same ancestors. I think the relation between the Forums and the Foundation is much stronger than that (just theoretically). We are sharing the same network, the same Internet protocols, the same OS, the brand name and hopefully some people also.
T

You have not asked a sufficient question.

p.s. If you see "Staff member" on a FreeBSD forum member they are not FreeBSD Foundation staff. "Staff member" was stupidly nominated by Forum software vendor XenoForo Ltd to describe another type of glorified forum user (Administrator/Moderator/Staff Member).

We chose not to adopt the FreeBSD CoC and there was heated debate and much criticism of us for it.

DutchDaemon, made the decision we already had rules and Regs as a code of conduct, that things were working well the way they had been and there was no need for us to adopt their CoC.

They would do better to ask him what they should do in situtions that require good judgement. In short.

tux2bsd said:
You have not asked a sufficient question.
Click to expand...

Yes, I was wondering about the - sort of - question.

I fail to understand any reason why the Foundation should be influenced by Forums.

The FreeBSD Foundation is a United States-based 501(c)(3) registered non-profit organization dedicated to supporting the FreeBSD project, its development and its community. Funding comes from individual and corporate donations, and is used to sponsor developers for specific activities, purchase hardware and network infrastructure and provide travel grants to developer summits. The FreeBSD Foundation is able to provide legal representation to sign contracts and agreements on behalf of the FreeBSD project, and also holds the FreeBSD trademark and related domain names.

Perhaps a better question might be, "Do FreeBSD Forums have any influence on the FreeBSD Project?" But what do I know? I'm just an end-user. It's not like I carry a whole lot of weight with the professionals who work on the Project, nor should I.

Here's another question. Suppose someone, or some organization, donates a whole heap of money to the Foundation. Should that buy them a whole lot of influence over the FreeBSD Project? According to this link:

In November 2014, the FreeBSD Foundation received US$1 million donation from Jan Koum, Co-Founder and CEO of WhatsApp – the largest single donation to the Foundation since its inception. In December 2016, Jan Koum donated another 500 thousand dollars.[109] Jan Koum himself is a FreeBSD user since the late 1990s and WhatsApp uses FreeBSD on its servers.[110]
Click to expand...

WhatsApp was acquired by Facebook in February of 2014. So, should Jan Koum, WhatsApp, or Facebook have a great deal of influence on the FreeBSD Project? What do you think?
M

Vull said:
WhatsApp was acquired by Facebook in February of 2014. So, should Jan Koum, WhatsApp, or Facebook have a great deal of influence on the FreeBSD Project? What do you think?
Click to expand...

If they are funding developers to work on specific projects that are going to make the project better sure. If they just want to throw money around and turn it into a load of crap no. Money helps a lot and any donations to the project are fantastic, BUT project integrity must come first.
OP
T

Wikipedia-FreeBSD Foundation has no existing mention about FreeBSD forums, it has its own contact communication and link to the FreeBSD home page.

While Wikipedia-FreeBSD I came across this:

FreeBSD provides several security-related features including access-control lists (ACLs),[43] security event auditing, extended file system attributes, mandatory access controls (MAC)[44] and fine-grained capabilities.[45] These security enhancements were developed by the TrustedBSD project. The project was founded by Robert Watson with the goal of implementing concepts from the Common Criteria for Information Technology Security Evaluation and the Orange Book. This project is ongoing and many of its extensions have been integrated into FreeBSD.[46] The project is supported by a variety of organizations, including the DARPA, NSA, Network Associates Laboratories, Safeport Network Services, the University of Pennsylvania, Yahoo!, McAfee Research, SPARTA, Apple Computer, nCircle Network Security, Google, the University of Cambridge Computer Laboratory, and others.[47]
Click to expand...

Unrelated to FreeBSD Forums, but I took the opportunity to update both pages. 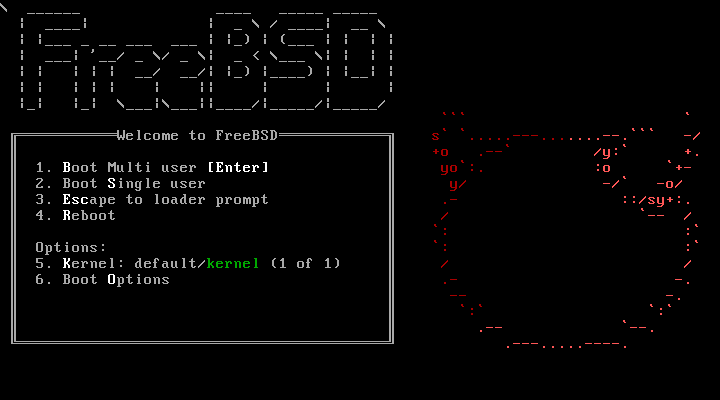 Wikipedia-FreeBSD Foundation has no existing mention about FreeBSD forums, …
Click to expand...

Given the origins of the page, I don't expect it to refer to FreeBSD Forums.

<https://distrowatch.com/table.php?distribution=freebsd> is a more varied source of FreeBSD-related websites that includes both the Foundation and the Forums, without attempting to express relationships/influence. <https://web.archive.org/web/20210330115216/https://distrowatch.com/table.php?distribution=freebsd> for posterity, captured before links such as this were removed:
HTH

Vull said:
What do you think?
Click to expand...

They have a documented history of people around them being exposed as having consciously made decisions not in the best interest of the users or the organization.

One Admin level staff member made the decision to put off fixing a bug reported to them by a beta tester that broke pf firewall with no acknowledgement of having received the report and ignored continued efforts of that beta tester to make them aware of it for two long months of silence from them in response.

When that beta tester found out a new forum member was going to deploy this FreeBSD based OS as a server, with pf firewall still broken, he posted where he knew his voice was heard and a patch made available within 24 hours.

Years later when another Admin level member of that same team realized the person he was talking to was that same beta tester going by a different name in a the FreeBSD community, that team member deleted the project wiki and forums along with any sign that person I was ever existed.

That in a failed effort to prevent what had never been talked about in 7 years coming out, and would have never have come out except for that person discovering the attempt by a high ranking associate to ghost them.

In both these cases the actions of the persons who were at fault were not only overlooked, they sponsored both of these high level team members to represent FreeBSD in a show of character that brings the character of the whole team into question.

The person they knew as Weixiong, a user for the last 16 years with a #1 Google Ranked FreeBSD related website, totally supported by his own money and efforts, #2 Google ranking for his forum posting of a tutorial written by himself was already in the best place to support and promote FreeBSD and had no desire to go on tour or give interviews. With the freebdsfoundation tutorial coming in at #3.

He watched youtube videos of people he knew on world tour representing FreeBSD, how the Code Review team member represented FreeBSD on tour in Italy and read security related interviews of how bugs were acted on in quick fashion in the best interest of the user. I just wouldn't have gone there.

I was the only person who acted in the best interest of the user, with dogged determination when ignored by Admin and when felt it necessary took action on my own to obtain it. And neither the post I made as jitte or Weixiong were Ghosted by their action.

I'm still Corporeal and have continued to work promoting FreeBSD, with no sponsorship, not even a -T-shirt. Or mention of my website ever made on the Project or Foundation sites, but I got oogle Ranking on my own..

The whole story is now posted in my profile and been told so many times they could not have not heard it with full knowledge of the facts when decisions over policy were made. Call DutchDaemon, ask him what to do.
J

I think to some degree, to get a good answer to that question there are other questions worth asking first:
Generally, I think the more time you spend in the community, the better you will get to know the answer to these questions and in turn to your original question.

Realistically, I think if you wish to have influence on a project such as FreeBSD, it is worth looking at the different ways FreeBSD teams communicate and participating via the relevant mechanisms.

For instance, I am not currently a FreeBSD developer but I do intend to become a contributor in future when I have the time to actively contribute. When I do this, the first thing I will do is become more active on the mailing lists and I will also spend some time reading through the archives. I will also look at thing such as who commits particular source code and the copyright notices on FreeBSD source code to get an idea who has what influence and where.
J

That said, I would suspect FreeBSD devs are likely to be very conscious that this forum is one of the first go to point for end users. To me, it would not be the obvious initial place for them to go when they are trying to coordinate something more serious relating to the development of FreeBSD itself.

jammied said:
… place for them to go when they are trying to coordinate something …
Click to expand...

From what I see, coordination frequently occurs in IRC, for which I use Element. Maybe also in Discord, although I'm not there often enough to tell.

grahamperrin said:
From what I see, coordination frequently occurs in IRC, for which I use Element. Maybe also in Discord, although I'm not there often enough to tell.

Yes, IRC is definitely another place I would expect a significant amount of the work to be coordinated. The reason I would go to the mailing lists as a first port of call is basically I know even if the various devs wouldn't necessarily instantly go to it to co-ordinate projects, a message sent to these lists is still I would suspect likely to be pretty quickly picked up by key contributors. From that, I think I would likely then be pointed towards other relevant channels for whatever I want to achieve at the time.
You must log in or register to reply here.
Share:
Reddit Pinterest Tumblr WhatsApp Email Share Link
Top