It's frequently necessary to force off a computer (HP EliteBook 8570p, sometimes docked) when an attempt to suspend fails, with these messages from kernel:

194727 – uaudio device gets disconnected, and hangs usb until everything using /dev/mixer* is closed

– however the circumstances puzzle me, because it's sometimes necessary to force off the computer after:
For me, this is by far the worst aspect of using FreeBSD. If I can't reliably sleep the computer without forcing off the power – effectively losing what's in my L2ARC, and so on:
Through commands such as this:

zcat /var/log/messages.3.bz2 | grep -A 1 "Waiting for sound application to exit!"

– I identified a period between two boots when, if I'm not mistaken, the symptoms occurred without an attempt to suspend. Beginning at line 563 of the attached file.

Code:
Still, sometimes, it's necessary to press and hold the power button.

Might I have more luck with the pre-suspend script at the foot of this 2020 article?

Where should I save the file, how should I name it?

For reference, following correspondence with David Schlachter (author of the article mentioned above):


Code:
I don't know why VirtualBoxVM was using those two devices, it's probably negligible. I always manually close all VirtualBox stuff before attempting to sleep the computer (because the data is stored on ZFS on USB; need to export the pool before sleeping).

Result: nothing more than a crashed tab, which is fine. 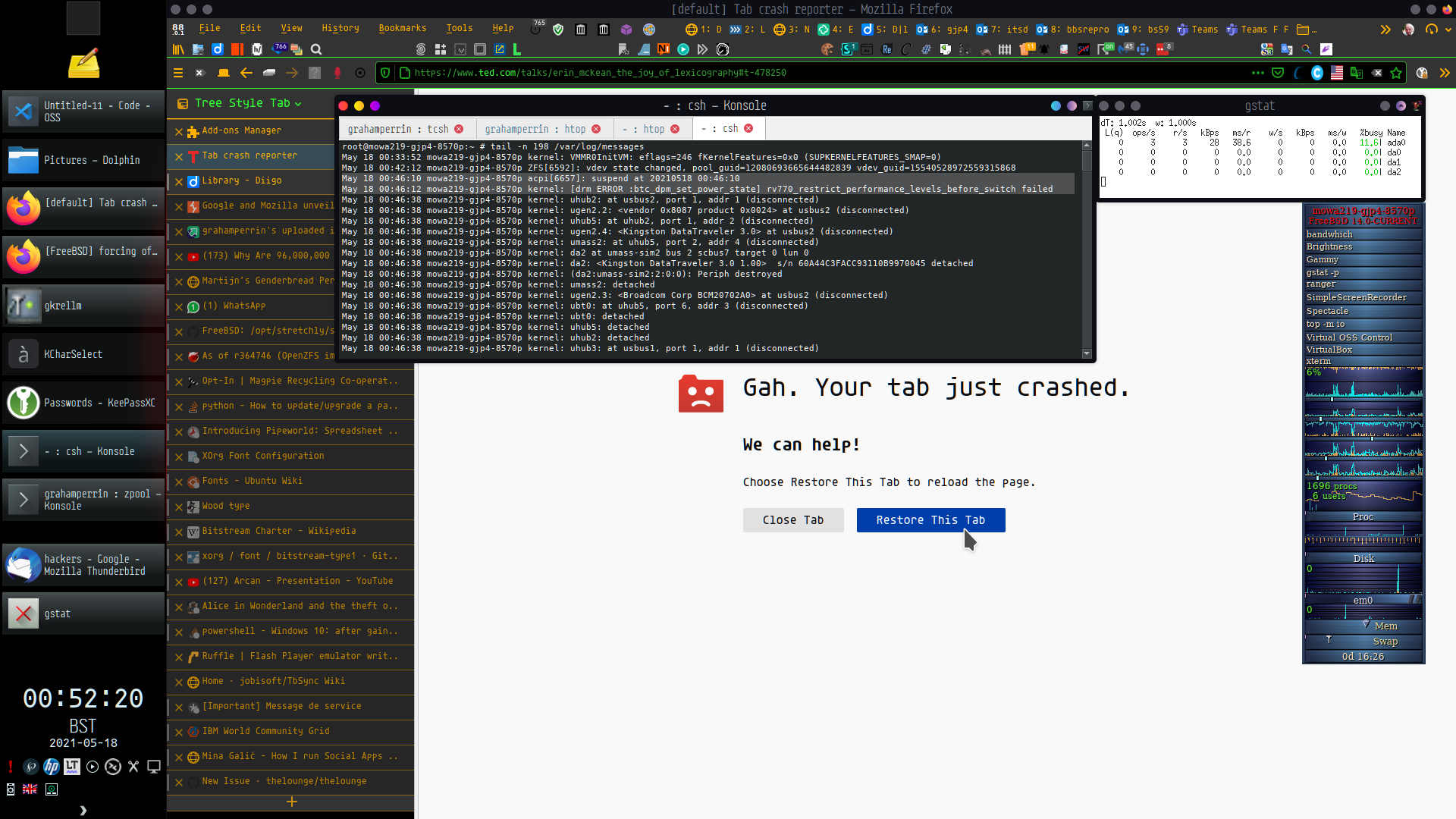 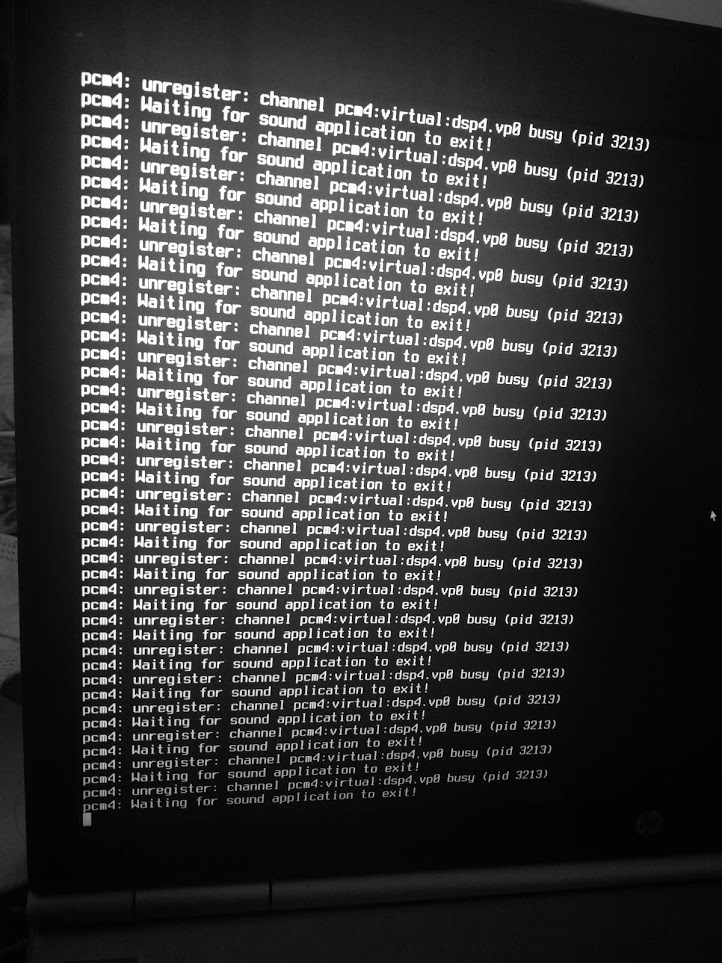 I guess I could make my /usr/local/sbin/suspend.sh more complex but honestly, I prefer to:

In this case, the USB headset that was previously at pcm3 and pcm4 was no longer connected.

When connected (to the previously used port, left hand side of HP EliteBook 8570p): FreeBSD failed to detect the connection.


Code:
Worked around by restarting the OS :-(
OP

After a few more incidents, I began toying with running the script manually.

Run in this way, it does not sleep the computer, but I hope that it will identify processes that must end before sleep can be attempted.

Re: the code block below
– wish me luck …

No problem yesterday morning (the script found nothing to kill).

Yesterday afternoon, after the script found nothing to kill I attempted to sleep the computer. For the umpteenth time I found myself endlessly waiting for sound application to exit and had to press-and-hold the power button.

Is there a reliable way of telling whether this sound application problem will occur?

I have the same issue on desktop , when I use the the webcam -eg with firefox- the "Waiting for sound application to exit!" spams the logs... -and the system can't hibernate
but in my case I m just unpluging the camera/killing the firefox ...

I do use the Cinnamon eviroment that uses also pulseaudio but i never had that Problem. Maybe because i do close app applications before i shutdown.

For workaround you can do killall pulseaudio before shutdown.
OP


Alexander88207 said:
… For workaround you can do killall pulseaudio before shutdown.
Click to expand...

When (from within the script) fstat | grep dsp shows nothing, and pulseaudio is automatically re-run, how can I reliably tell which processes must be killed?
OP

I imagine so, which is partly why I asked a question (unanswered) a month ago: <https://forums.freebsd.org/threads/80413/>

grahamperrin said:
... how can I reliably tell which processes must be killed?
Click to expand...

Compare top output from before and after installing pulseaudio, maybe. I really should take the time and try to do this myself next re-install.

Haven't had any system hangs, yet(!), but pulseaudio behaves badly for me too on FreeBSD, and almost always leaves some kind of error message as it fights to stay alive during system shutdowns or restarts. Pulseaudio... can't live with it, can't live without it...
You must log in or register to reply here.
Share:
Reddit Pinterest Tumblr WhatsApp Email Share Link
Top