We are pleased to be running our Faces of FreeBSD series again! Every week weâ€™ll be sharing a story from someone involved in FreeBSD. It may be someone whoâ€™s received funding from us to work on development projects, run conferences, travel to conferences, or advocate for FreeBSD. Or, it may be from someone who contributes financially to the foundation. This story comes from Colin Percival whose company is a 2013 Silver Donor.

This is a chance to get to know your fellow FreeBSD enthusiast. Sit back and enjoy our first 2013 Faces of FreeBSD story. 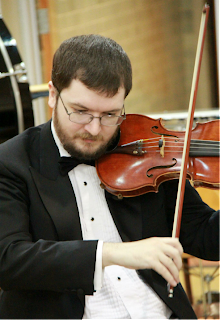 ​
It was 1999 when my parents signed up for the height of luxury in home internet access: an â€œalways onâ€ 2Mbps cable modem. We had four computers, networked with thinwire coax. We needed to share this connection, so my older brother and I set up a NAT box, running OpenBSD, which he heard was the best operating system for the purpose.

The hard drive we had scavenged for the NAT box died a few months later. I had to reinstall the system onto a new hard drive and spent hours trying to reinstall OpenBSD without success. Then I heard that FreeBSD had a much easier installer. Yes, I started using FreeBSDbecause of *sysinstall*.

Thus FreeBSD became my default UNIX of choiceâ€”and why not? It was free, stable, had good performance, was well documented, and it avoided the political and religious discussions so pervasive in the world of Linux and GNU.

I headed to Oxford University for my doctorate a few years later, to work on "distributed computing" and extend my undergraduate workâ€”calculating the quadrillionth bit of Pi using spare CPU cycles on a thousand plus Windows machines from around the Internet. Naturally, I turned to FreeBSD for the server to manage all these systems.

But I became distracted, concerned about the security of my server, and understanding my limitations as a system administrator (and that "fools rush in where angels fear to tread"). I solved the problem of my system administration inadequacies by building a tool to help meâ€”and thus FreeBSD Updatewas born. I presented this at the BSDCon'03 conference, which is where I first met FreeBSD developers, including Jacques Vidrine (the FreeBSD Security Officer) and Robert Watson.

I was offered a FreeBSD commit bit in 2004 with Robert as mentor; and Jacques invited me to join the FreeBSD Security Team. When Jacques stepped down from his role in order to work for a fruit company based in Cupertino, I took the reigns as Security Officer, and between security advisories, I imported into the FreeBSD base system what remain my two largest contributions to FreeBSDthus far: FreeBSD Update and Portsnap.

I stepped down as FreeBSD Security Officer in 2012 to devote more time to my growing startup company. My only significant code contributions in the past two years have been from ongoing efforts to improve support for FreeBSD on the Amazon EC2 cloud computing platform.

While my "day job" of running the Tarsnap online backup service has kept me too busy to contribute much code, I contribute to FreeBSD by supporting the FreeBSD Foundation. Every year Tarsnap sponsors open source software by an amount equal to its December operating profits, and I'm proud to say that in 2013 Tarsnap is a Silver Sponsor of both the FreeBSD Foundation and the BSDCan conference.

The FreeBSD Foundation continues to benefit all of us. I run FreeBSD on my laptop, and it works well thereâ€”mainly due to Foundation-funded work, adding support for recent Intel GPU hardware. While maintaining systems for Tarsnap, I make use of the new packaging system (pkg), which the Foundation contributes hardware towards.

To improve support for FreeBSD on EC2, I've been working closely with the FreeBSD Release Engineering team, where Glen Barber (now a FreeBSD Foundation employee) has kept the release process moving very smoothly. The FreeBSD Developer Summits at BSDCan and EuroBSDConâ€”opportunities to meet other FreeBSD developers and discuss development plans face to faceâ€”have also been supported by the FreeBSD Foundation.

Donate today to help us continue and increase our support of the FreeBSD Project and community worldwide! Making a donation is quick and easy. To make a donation go to: http://www.freebsdfoundation.org/donate/