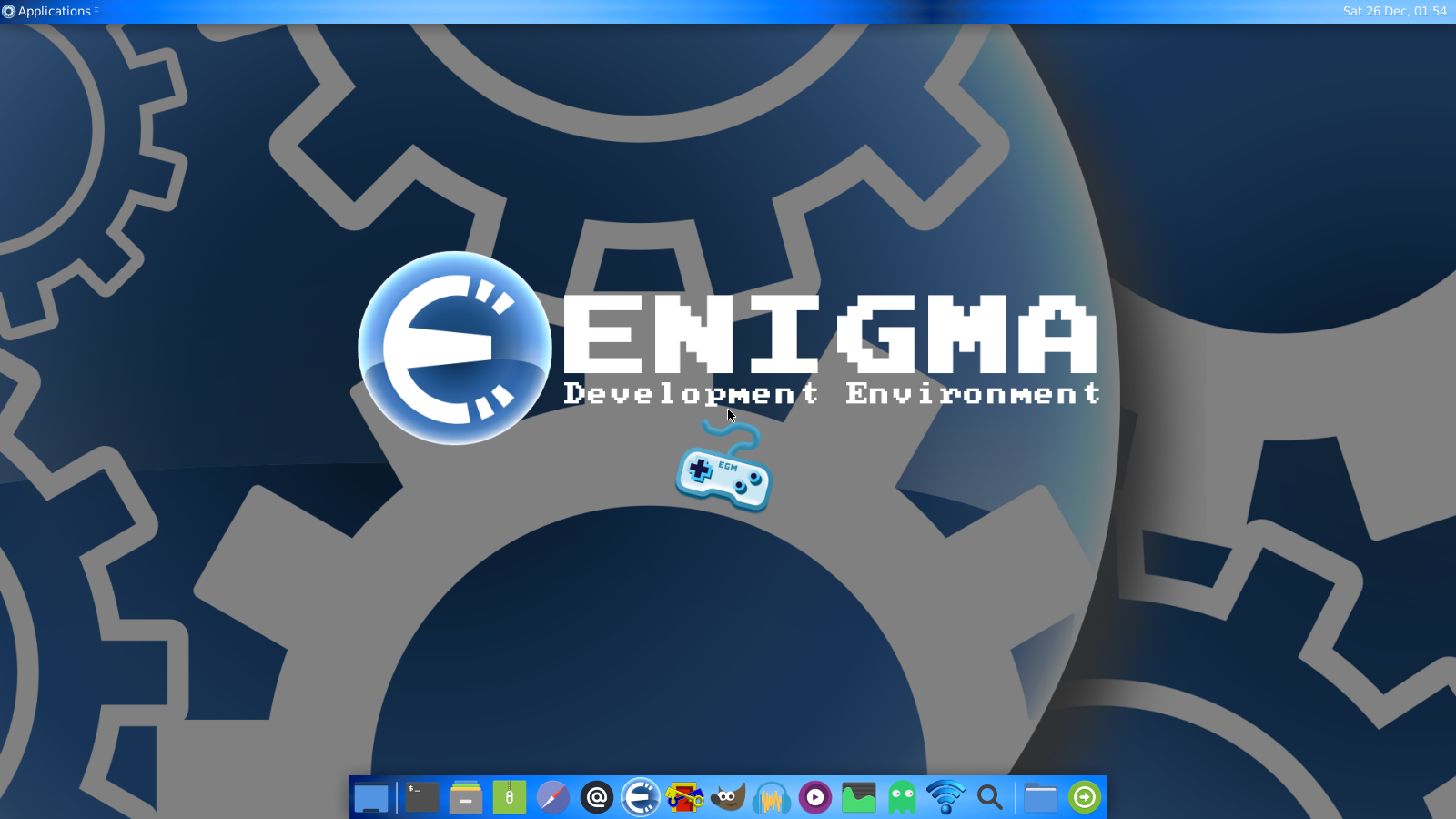 I created a FreeBSD virtualbox image (and an image that can be flashed to a USB drive for those interested to boot like NomadBSD) that you may use to create games with everything you need to do that installed by default - showcasing the Xfce Desktop Environment customized to be themed around the game development software packaged with it - ENIGMA - as well as some basic apps for development. GIMP and GrafX2 for drawing and animating sprites, tilesets, backgrounds, and textures. Audacity for editing music you have composed or to touch up on your sound effects. mpv Media Player (the client library and command line app) for playing videos as cutscenes for your games or to preview them directly from a double click in Thunar File Manager. Engrampa for a graphical means to manage archives. OctoPkg for graphical package management. The FreeBSD GUI Wifi Manager, Firefox, Thunderbird, and all the default apps of the Xfce Desktop Environment - all essentials to having a complete desktop experience ready for game development - without the bloat. Also includes WINE and the Linux compatibility layer for running software built for Windows and Linux for convenience.

If you have a >= 32gb USB Flash Drive handy, boot from the flash drive itself when turning on a physical machine you have connected it to and as previously mentioned - similar to NomadBSD, although this is more targeted at game developers specifically, it is also a nice alternative to NomadBSD in itself. It even has a few nice things NomadBSD lacks, like a terminal you can drag and drop files onto, (NomadBSD's sakura Terminal is bad for this reason imo), or a task manager app for when an app chooses to not respond so you won't be completely screwed, which at the time of writing NomadBSD apparently lacks. 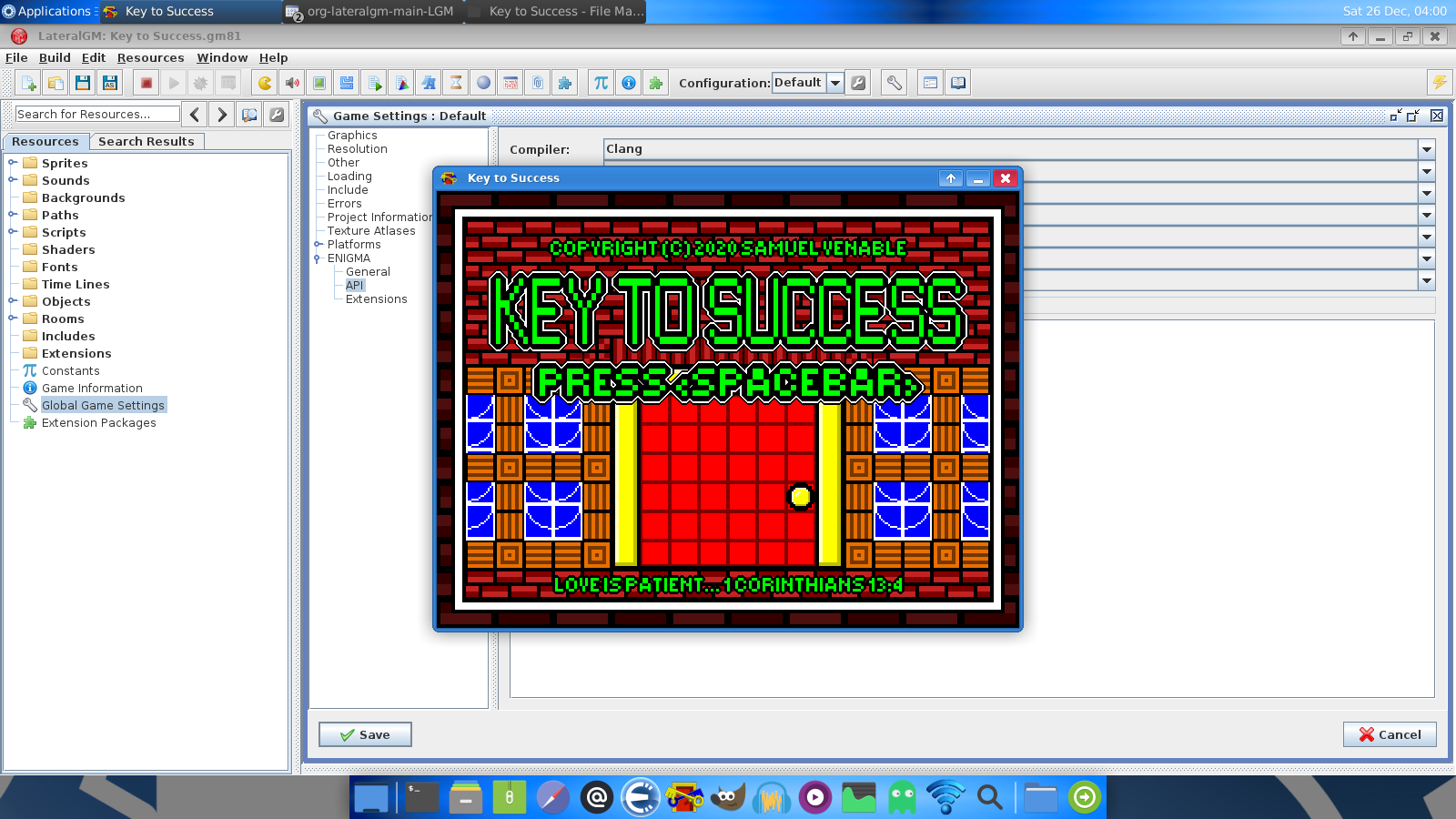 
As mentioned in the video, Windows users can extract the *.xz file by downloading and using 7zip, Linux, *BSD, and Mac users and use the unxz command and Linux users will need the xz-utils package installed for that. Mac users also need to install xz-utils by some means.

Mac users can install it via:

...although the macOS terminal command also requires that you have HomeBrew installed in advance with the instructions found at https://brew.sh/

The gorgeous desktop backgrounds used by the OS were created by ENIGMA community member HitCoder.

This is for writing to a usb drive, also can replace the OS your physical machine if you know what you are doing, using the FreeBSD gpart command from a live medium will be quite helpful if you want to expand your storage space from the initial size of less than 32gb to the size of your hard drive or partition. You may use a software like balenaEtcher if you would like to write to to a drive without needing to extract it manually or you can unxz + dd command it on Unix-like platforms such as Mac, Linux, or one of the *BSD's. Windows also has support for the dd command, but it is not available on Windows by default.

...or if you are on Windows, there is also Rufus here:
https://rufus.ie/ - also works great in my experience.

...or dd for Windows for writing to a drive (untested):
http://www.chrysocome.net/dd use at your own risk.

unxz and dd as follows (untested but who cares lel):

This is the virtual box image. Requires Oracle VM VirtualBox.
https://www.virtualbox.org/ - only available for Win/Mac/Lin

Extract the VirualBox image with (or use 7zip instead Windows users)

You are now ready to follow the Installation Instructions found in the video above. Disregard VirtualBox-specific steps in the video if you aren't using the VirtualBox image.

I hope this attracts more people over to the ENIGMA and FreeBSD communities lel
Samuel
Last edited: Dec 26, 2020
OP

The previous img.xz file was removed temporarily because I noticed the Legacy BIOS boot was broken in the most recent update (UEFI boot would still work but less machines would be compatible as a result), due to a corrupt GPT backup header. This issue is being resolved and once the image is recreated and tested, I'll upload the new file and remove this comment as it will no longer be relevant by then. The VirtualBox image is still available in the meantime.
You must log in or register to reply here.
Share:
Reddit Pinterest Tumblr WhatsApp Email Share Link
Top