bhyve Don't install Ubuntu 21.04 + kde plasma and SDDM with vm-bhyve if u don't want to get frozen on the UEFI black screen

I've just created my first VM using the wrapper vm-bhyve. I've installed ubuntu 21.04 without any problem,even the network connection works as soon as I start the VM. The problem arises when the installation of Ubuntu 21.04 is ended and you want to install another desktop manager. I don't like Unity,so I have installed cinnamon and kde plasma and I have chosen SDDM as a graphical login program. When I rebooted the VM,Ubuntu 21.04 got freezed on the UEFI screen. I see a black screen and nothing happens anymore. Several reboots don't help. There should be a bad compatibility between Kde Plasma or even better with SDDM and some portion of the wrapper code ? Some ideas and suggestions ? 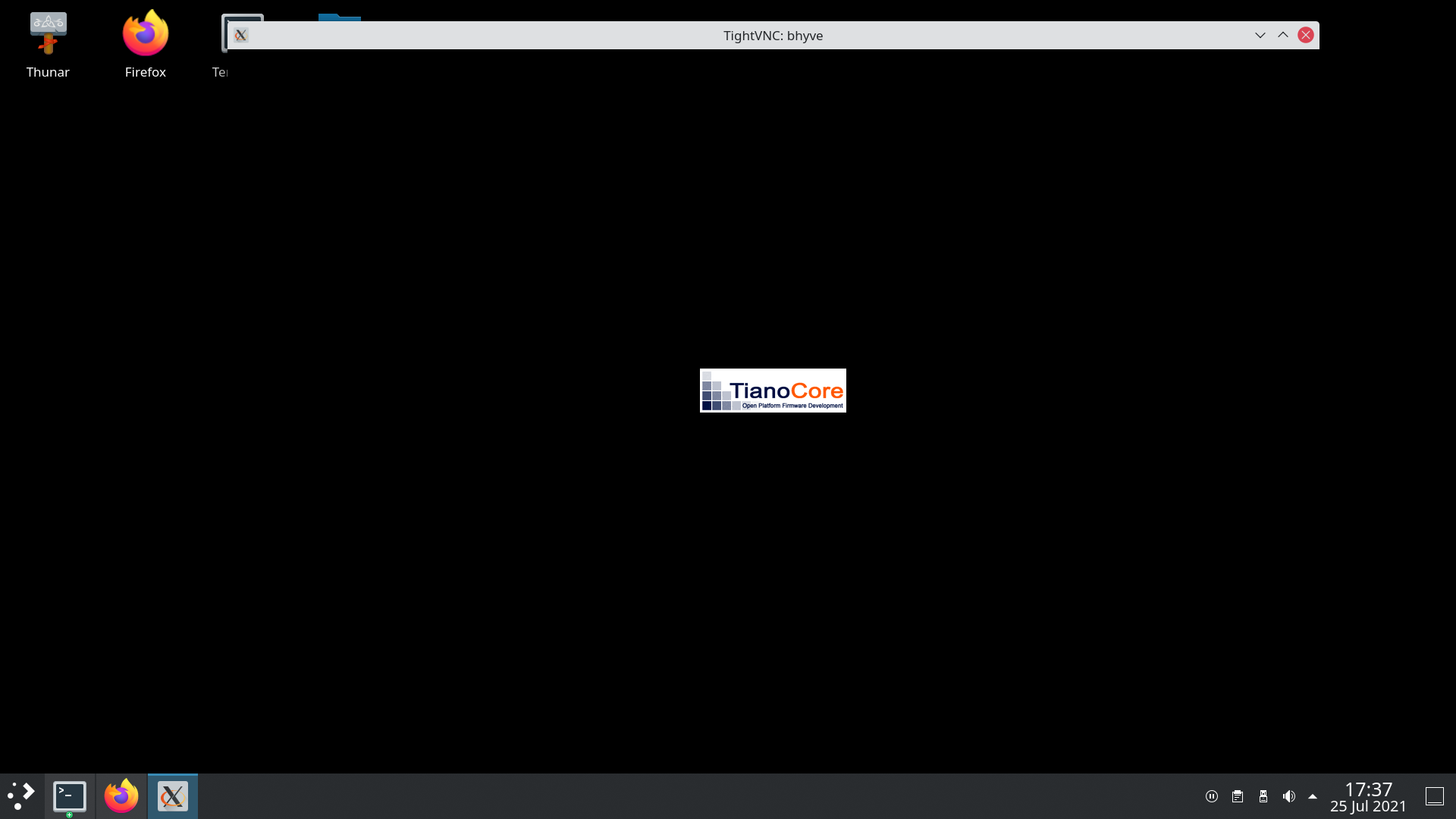 Don't install Ubuntu 21.04 + kde plasma and SDDM with vm-bhyve if u don't want to get frozen on the UEFI black screen​

eheh. if everyone don't want to experiment,we will never find the reasons 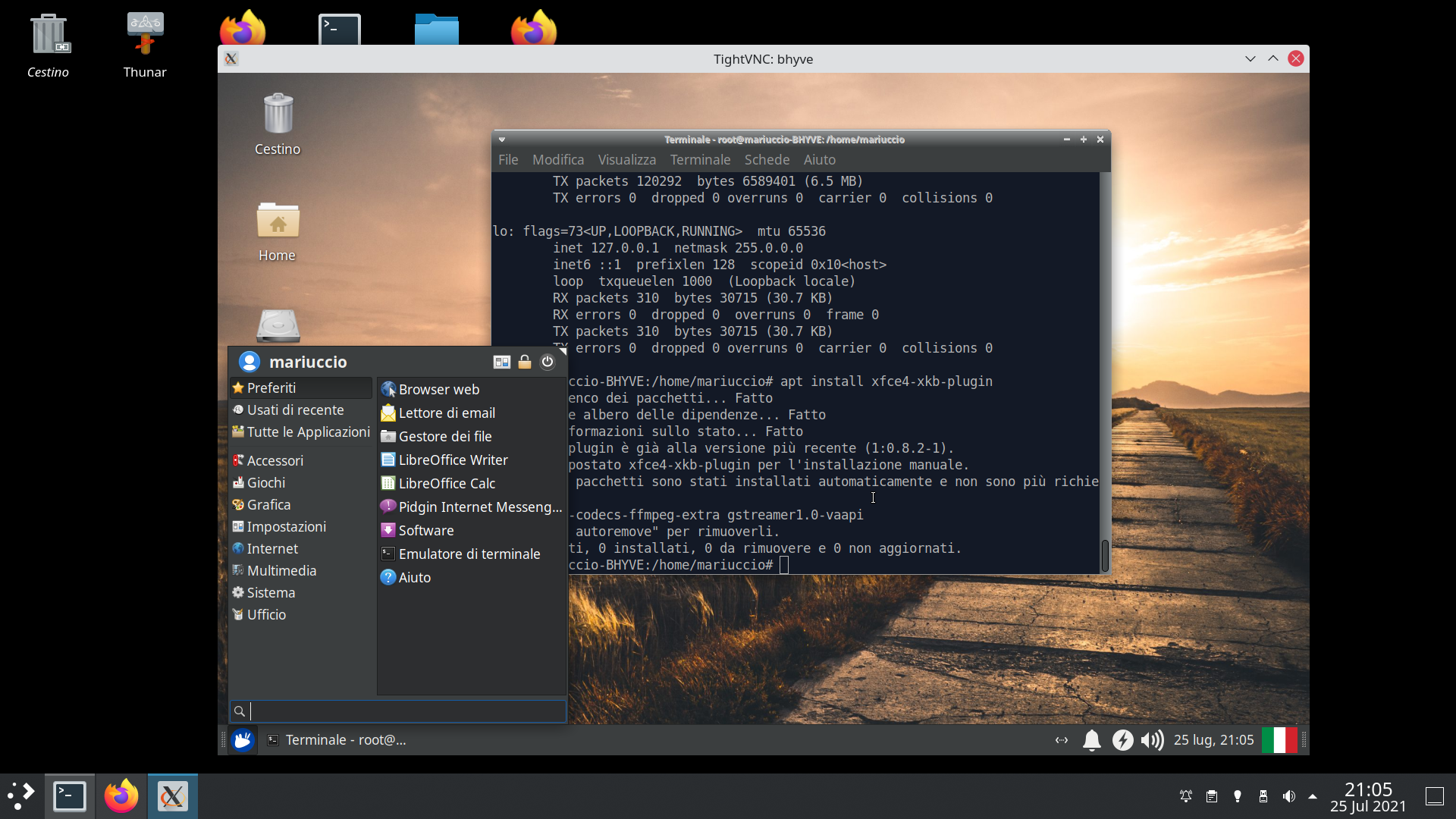 ziomario said:
Some ideas and suggestions ?
Click to expand...

Quit jacking around with Linux in a VM and learn to use the FreeBSD box you've been asking questions about.
J

I see a lot of posts on the forum about VMs. What is really the use of VMs?

joplass said:
I see a lot of posts on the forum about VMs. What is really the use of VMs
Click to expand...

1. extending the life time of critical legacy systems in your infrastructure, like something on Windows XP, which would otherwise have to struggle with modern hardware due to lack of drivers.
2. the ability to quickly just test drive an operating system without the need to really install it on your HDD, probably repartitioning it while doing so and later get rid of it.
3. getting the most out of your computer hardware, which is otherwise just sitting around bored and can do much more things in parallel for you.
4. the ability to migrate such a VM quickly to another host, as long as it is running the same hypervisor. This can be used to implement HA clusters.

That can be quite divers. Extending a bit on the previous answer.

The "basis" forms the host Operating system, that runs directly on the (physical) hardware of the computer. The guest operating system(s) run on top of the host operating system. The host may be a fully fledged OS or a more specialized "core" host. The interfaces of the host to its guests are the same (=they present the same virtual machine to every guest) and thereby, for the most part, detached or independant from the underlying actual hardware. You can profit from this by installing multiple host OS-es, all running on the same hardware at the same time in parallel (no multiboot environments). Each guest OS functions independent from other guests: they cannot interfere with each other.

Some practical uses are:

Because the guest OS-es are embedded/installed on a virtual machine and mostly not dependant on the underlying actual hardware, there is another important aspect that VMs profit from. They can be controlled easily from the host OS: they can be easily started, paused, stopped and moved from one hardware instance to another. In practice that means from one (hardware) server to another (ideally on the fly).

Edit: "They can be controlled easily from the host OS": that also means that the host OS can control certain properties of each individual VM-guest seperately, which the host OS has settings for to that effect. The manager of the host OS(=you as root admin on bare metal) can set individual values for those properties. Most notable properties are for memory and CPU usage or even # of CPU cores.
Last edited: Jul 28, 2021

Well you don't have to love it, but 1) is reality and sometimes even a good thing. Some use VMs exactly to just do that.

For example let's think about a science lab at some university, having an old piece of lab equipment with a rare software necessary to run it. The manufacturer is either long gone, or unable to update the software. So when your old iron breaks and the equipment is still good enough for your purposes, many would just move that piece of software into a VM, might it be now something under Windows, VMS or whatever.

The other big group are corporations, which still have old old stuff from the dinosaur age in COBOL running somewhere, and don't want to upgrade. So they use VMs instead.

The desktop environment in the virtual machine in the screenshot does not resemble KDE Plasma.

If you want your virtual machine on FreeBSD to run Plasma on Linux: try Manjaro.
F

Ubuntu just works like hell with KDE plasma. I tried kubuntu before and I will never try again. Just FreeBSD or Debian, Arch Linux better. Ubuntu also based on Debian but for some reason KDE not works smooth with it. That can be also about the vm you are using. My best experience with KDE on was Manjaro. Manjaro was preinstalled a lot ot packages to work well. Then I stopped using Manjaro with KDE too because KDE is extremly slow with lots of animations and graphical cool things. Also many applications like Unity and kdnlive was not working. It just makes computer seem better but slow at the same time. Now Im prefering Gnome 40 as desktop envoirement. It really works well and very fast. My fans no more runs all the time at least.

Possible Solutions:
1)Try another VM
2)If it have grub, try to open a safe mode terminal and remove cinnamon and try again. If not works remove sddm then try again then remove KDE if not works. Install KDE with SDDM later.
3)Try ctrl + alt + f4 which opens tty4. It it opens that means your kernel loaded properly. Try to use that console to check files, packages etc.
4)Get will isntalled packages with SDDM, cinammon and KDE. If there is same packages exist on both of them, that can be also suspicious because of versions of packages and possible dynamic library link problems.
5)Are you sure you removed other gui login apps? If not, remove with safe mode or tty

Also there is the forum rules:
FreeBSD Forum Rules

joplass said:
I see a lot of posts on the forum about VMs. What is really the use of VMs?
Click to expand...

Developing, supporting or testing software that has to be run on others computers - you just need the users environment therefore. Or you want/need to use a software that is only available for another OS. Another reason might be just to take a look how another OS feels, looks like or works.

@OP: Even a total damaged login manager wouldn't inhibit the systems boot - the login manager raises after the boot of the base OS is already done. So I don't think that your problem belongs to "bhyve & SDDM"… Sometimes just re-connecting the VNC client helps. Can you connect your VM via SSH? I'm also remembering some Linux desktop environments just don't work with "classic VNC" (setup via ~/.vnc/xstartup - but that doesn't belong to your setup). But my opinion of Ubuntu is not particularly high: If I can have the original (Debian), I don't want a screwed up descendant… IMO.
You must log in or register to reply here.
Share:
Reddit Pinterest Tumblr WhatsApp Email Share Link
Top