I've set up my first poudriere box a few days ago and tested building some ports I wanted some options changed. Now I want to expand my pkglist step by step up until the point where I eventually can use that self-built and -hosted repository for my servers and desktops/laptop, which all have okular installed.

But building okular via poudriere always fails due to a "qt5-test" config file missing:

Code:
The buildhost is running 12.2-RELEASE and poudriere is building for the same release/architecture using the "main" ports tree.

Building okular directly via ports with the same options (PURPOSE=OFF; everything else untouched) works fine.
There is no port called "qt5-test" and [ports]devel/qt5-testlib[/ports] is present in the ports tree but can't be configured/built on its own and also isn't even listed as a build-dependency for okular.

Even when disabling every TEST option in every dependency poudriere lets me configure (or adding TEST to the global OPTIONS_UNSET list in make.conf), the build still fails with that error.

I suspect the jail is missing those cmake/Qt5 libs (and the config file), but shouldn't they be in place after all dependencies have been built?

I'd like to help/compare, but I'm partially blocked by: 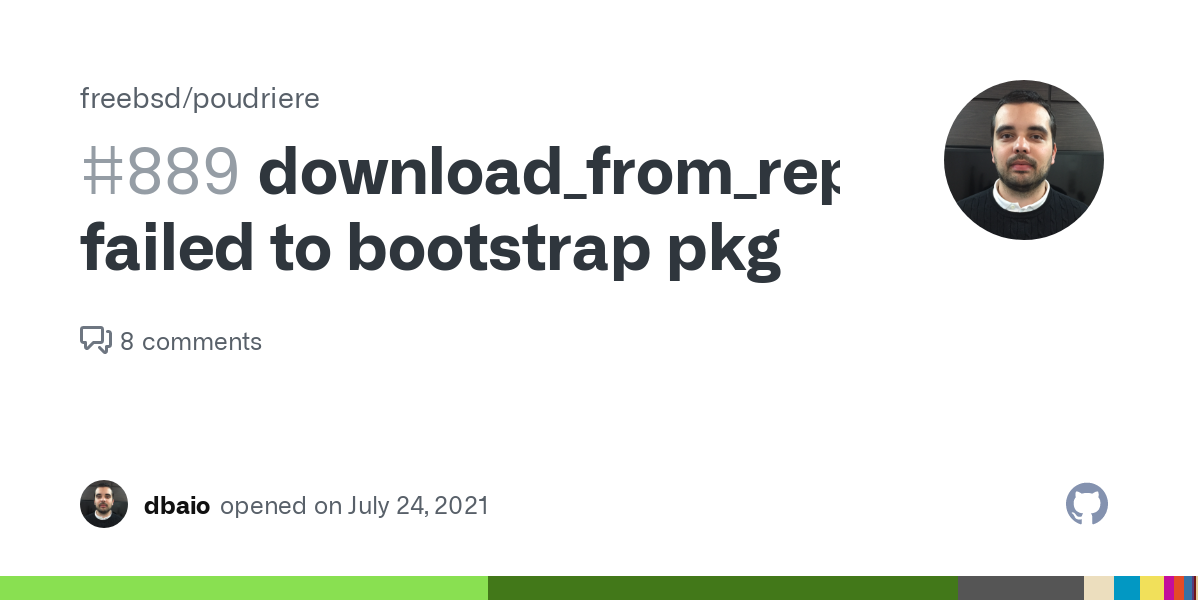 Prerequisites Have you checked for an existing issue describing your problem? Are you running the latest version? poudriere-devel-3.3.99.20210720 Is your ports tree recent? Is your FreeBSD Host on ...